Companies are more than happy to monitor Conservatives for the government

Our fellow citizens are more than happy to lend a hand in rooting out all things Conservative. Glen Greenwald sets the record straight on what  the publication “The Intercept” is in the process of doing apparently for the government. Why else? Sifting through Gab they claim is a “far-right social network.” This after we learn what Biden is “mulling” doing.

The Biden administration is reportedly considering contracting outside firms to track ​”extremist” chatter online in order to circumvent legal restrictions on the surveillance power of federal agencies like the Department of Homeland Security.

To get around restrictions, the federal government is reportedly weighing enlisting outside entities that can legally encounter these groups and gather information.

Working with these companies would allow the DHS to better analyze trends and provide more real-time information for its use and for the FBI, which also is unable to surveil US citizens without first getting a warrant or proving some overarching justification like a previous investigation.

The CIA and the National Security Agency are under similar restrictions.

Glenn Greenwald is one of the three co-founding editors of The Intercept. He was pushed out of The Intercept in October 2020 over the direction it was taking. He posted the tweet below and it’s worthy of making a note.

The Intercept is more than happy to pitch in apparently.

And how is this different than Wikileaks? Hacking US government is fine, but hacking right wing extremists is repulsive?

This is repulsive. The Intercept was founded during the Snowden story to defend privacy rights & oppose the security state. Now, the liberal DNC hacks who “edit” it are boasting they got personal data from Gab users & are sorting through it, doing FBI’s work to find “extremists.” 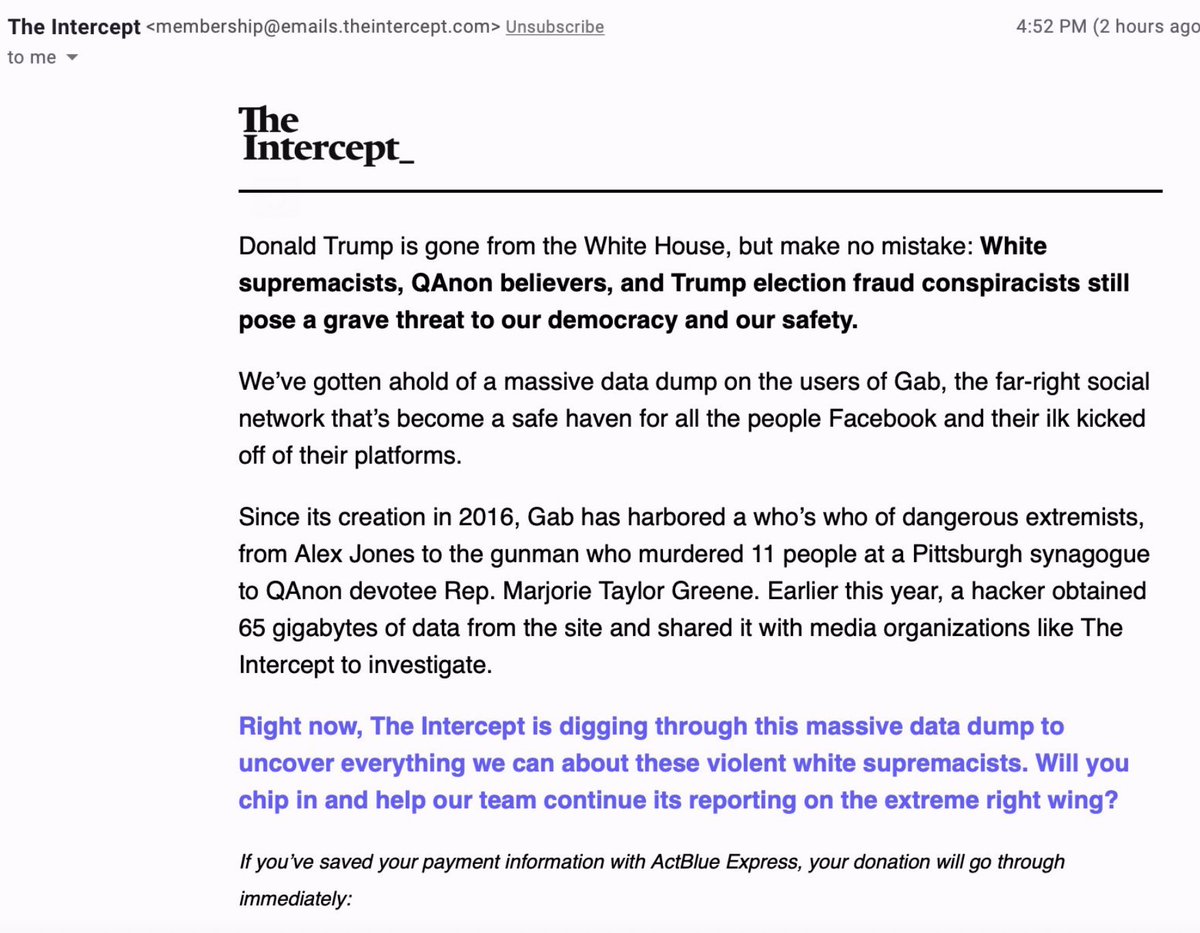 Other than that all is well in the swamp.