The Bunkerville War – The fight for land rights

The Bunkerville War — Part I

The fight for land rights

What initiated this fight was the so-called “Dust Bowl” — but to start there would be to begin a story halfway through the tale. It is a complicated story that seems to have been exacerbated in no small measure by an event occurring on the other side of the world. 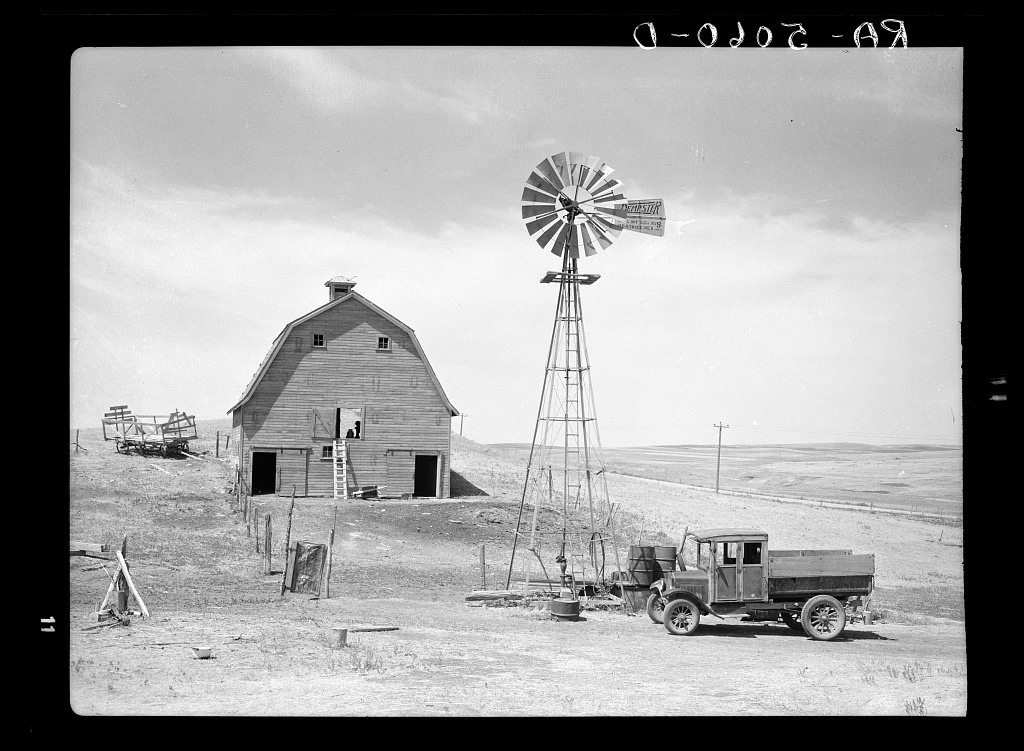 At one time, the French and Spanish empires owned most of the present-day United States. Of course, the word “claimed” may be more accurate. Prolific Spanish exploration began in 1492, less than twenty years after the union, by marriage, of the Iberian kingdoms of Aragon and Castile. The territorial acquisition process set into motion a competition between the ruling families of Europe, primarily Spain, France, and ultimately, Great Britain.

The kingdom of New Spain was established on 18 August 1521, following the Spanish conquest of the Aztec Empire. New Spain was a dependency of the Crown of Castile, but a kingdom rather than a colony, and always subject to the sovereignty of the Iberian monarch, who exercised sweeping powers in the so-called “New World.”(1 )The royal decree of 12 October 1535 created the Viceroyalty of New Spain — the viceroy being the Spanish king’s deputy.(2)

1.Funds for global exploration came from Queen Isabella of Castile. Isabella and her heirs not only exercised sovereign rights of the conquered territories, but the Crown also exercised property rights, as well, as sole proprietor of all Spanish dominions. Every privilege, every position, whether economic, political, or religious, emanated from the ruling monarch.

Not until the eighteenth century did Spain realize that other European powers threatened its claims over North America — which the Spanish called their borderlands. Spanish authorities began to establish human settlements in the northern territories in the early 1800s, but it was already too late by then. Spain’s problem was that lands claimed for Spain, but left unattended, belied its territorial claim. The issue of establishing human settlements was further complicated because hostile natives already occupied the land claimed by Spain — Indians who did not recognize Spanish authority and had no intention of relinquishing their lands to European control.

The issue of territorial control by human settlement, which is to say asserting sovereignty, was not lost on the British, who claimed the territories of the eastern seaboard of the present-day United States and began to move westward. British colonists displaced native Indian populations and began to challenge French and Spanish claims in Canada and the area west of the Appalachian Mountains, east of the Mississippi River.

In 1785, the US Congress adopted a Land Ordinance; two years later, a group of land speculators who had organized themselves as the Ohio Land Company approached Congress with a proposal. Because the United States needed cash, the idea of earning revenue in the sale of western territory inspired the Northwest Ordinance of 1787. Among its provisions, the Northwest Ordinance established a procedure for forming new states, guaranteed inhabitants civil and religious liberty, and set limitations on human bondage.

The key to Western settlement (and control) was the government’s encouragement of western migration. The availability of comparatively cheap land was one inducement to settlers, but of course, few people were interested in placing their lives at risk from hostile natives without the government’s commitment to protecting them.

In 1850, Congress passed the Donation Land Claim Act, which allowed settlers to claim land in the Oregon Territory (Washington, Oregon, Idaho, and Wyoming). Single white settlers could claim 320 acres of land (married couples, 640 acres); Congress repealed the act in 1855. The federal government sold these western lands for $1.25 per acre. Beginning in the mid-1850s, many politicians in Congress insisted that independent farmers deserved priority consideration for land acquisition in the western territories. Consequently, a fight evolved between Free Soilers and Republicans on the one hand and pro-slave/anti-immigrant Democrats on the other.

With the outbreak of civil war most Democrats withdrew from Congress, enabling Republicans to pass without further obstruction the Homestead Act of 1862. The effect of the act was to liberalize earlier land restrictions (1841), granting to citizens (willing to risk the adventure) up to 160 acres of land provided that they (a) improve the land and (b) file a claim deed. Persons over 21 years of age who had never taken up arms against the United States (including freed slaves and women) could own the land if they occupied it for five years and show evidence of land improvements.

Similar homestead acts followed in 1866 (reconstruction period), 1873, 1904, 1909, and 1916. The purpose of the Stock-Raising Homestead Act of 1916 was to allow livestock growers 640 acres of land. The government passed additional provisions in 1930, 1934, and 1938. In 1976, the federal government decided to retain its control of land rather than sell it, so homesteading was terminated by the Federal Land Policy and Management Act.

Initially, the federal government encouraged the settlement and development of the Great Plains region for agriculture. Westward migration increased after the Civil War, fueled again in 1869 by the completion of the transcontinental railroad. These migrants significantly increased the amount of land under cultivation. At the time, settlers used most of the land in this region for cattle ranching. Still, the adverse effect of harsh winter on livestock, drought, and over-grazing led many settlers to increase the land they put under cultivation. Subsequently, the government expanded land allotments to 640 acres in western Nebraska (Kincaid Act, 1904) and 320 acres elsewhere in the Great Plains (Enlarged Homestead Act, 1909).

Demand for land increased again in the early twentieth century as waves of immigrants flooded into the Great Plains region. Concurrently, the return of unusually wet weather seemed to confirm what government officials and farmers alike believed — that “rain follows the plow.” The advent of agricultural mechanization (along with the aforementioned mistaken belief) allowed farmers to operate larger properties without increasing their labor costs — and this encouraged even more cultivation.

World War I and the Russian Revolution (1914-21) decreased the worldwide production of crops; with increased demand for wheat and other crops, agricultural prices increased. Once more, the government encouraged farmers to increase the number of acres under the plow. The amount of farmland between the Llano Estacado in northwestern Texas and eastern New Mexico doubled between 1900 and 1920 — and tripled again between 1925 and 1930. Deep plowing and other soil preparation practices eliminated the native grasses that held the soil in place and helped retain moisture in the soil during dry periods. Cotton farmers left their fields bare during winter months (when winds in the high plains are highest), and they burned the areas to control weeds — depriving the soil of critical organic nutrients and earth retaining vegetation.

Beginning in the summer of 1930 and lasting ten years, the northern plain suffered extreme drought. Soil erosion and the loss of topsoil reduced massive agricultural fields to tens of thousands of square miles of fine dust, which, when combined with unusually high winds, created what we refer to today as the Dust Bowl. In 1934 alone, more than 12 million pounds of dust was pulled up from the Great Plains and deposited on Chicago, Cleveland, Buffalo, Boston, New York City, and Washington, D. C. In terms of agricultural production and pricing, along with forced human migration, the Dust Bowl period was an epic economic disaster — and, given the stock market crash of 1929, it could not have come at a worse time(3).

In 1946, the federal grazing service, within the authority of the Department of the Interior, merged with the General Land Office to form the Bureau of Land Management. The United States thus became acutely aware of the importance of environmental management.

The American people have a vast land heritage — it’s the story of how the United States began its expansion beyond thirteen British colonies. But in terms of the United States’ size, the federal government owns thirty percent — around 650-million acres, including all National Parks, National Monuments, National Forests, National Wildlife Refuges, all Bureau of Land Management lands, all military bases, and Indian Reservations. Government officials assure us that they hold all but the last two for use by our citizens.

3 Only around 43% of migrants arriving in California during the Dust Bowl years were farmers from the American southwest. Nearly a third of all migrants were white collar professionals (teachers, lawyers, and small business owners) who lost their sources of income to Dust Bowl conditions.

There are federal lands in all fifty states, but most of these lands are in the western states, which is to say, west of the Missouri River. Of National Parks and Monuments, 84-million acres; of National Forests, 190-million acres. National Wildlife Refuges account for around 150-million acres. The agency managing most (247-million acres) of this federal land is the U. S. Bureau of Land Management (BLM). Some of these lands have become part of a dispute between Nevada rancher Cliven Bundy (and his family). Bundy argues that the federal government is encroaching on land that doesn’t belong to them. Specifically, Bundy refers to land that he either owns outright or which rightfully belongs to Nevada.

Some of the BLM’s lands were private properties either purchased by or gifted to the federal government. Today, most of the federal government’s land was acquired by the United States through either the Louisiana Purchase or conquest (Mexican cession). The latter category has never been private, county, or state property. Until the Taylor Grazing Act of 1934, these lands were generally called “the public domain,” and they were “unmanaged” commons. Some of the public domain land was granted to railroads to facilitate transportation and communication across the continental United States, and some deeded to the American people through Homestead grants. Privatization of public land has dwindled since the 1930s; today, most public domain land resembles an unkept vacant lot.

The problem with public domain as a common was that everyone was responsible for caring for it. In effect, however, this meant that no one was responsible.(4) The purpose of the Taylor Grazing Act, introduced by Congressman Edward Taylor, a Colorado rancher, was (a) to halt the injury to public lands by preventing overgrazing/soil deterioration, (b) provide for orderly land use, improvements, and development, and (c) stabilize a livestock industry that had become dependent on public ranges.

4 The Tragedy of the Commons describes a situation in which individual users, who have open access to land resources, which is to say unhampered by shared social structures or formal rules that govern access to and use of land, act independently according to their own self-interests and, quite often, contrary to the common good of all users, which causes depletion of resources through uncoordinated actions. This is a concept that originated in 1833 by British economist William F. Lloyd who explained his argument by a hypothetical argument involving unregulated grazing on common land.

To implement the Grazing Act, the government divided 80-million acres of land into grazing allotments and then issued use permits to private landowners. Private land ownership was a requirement because permit holders would need to keep their livestock off public land for part of the year. Federal grazing fees were charged on a per head basis — on average, $1.35 per head/per month. Given a herd of 300 cattle, permit fees would come to $4,860.00 annually(5). Permits expire after ten years. Rancher Cliven Bundy’s permit expired in 1992; he refused to renew it because the BLM had changed its rules. Since 1992, Mr. Bundy has been grazing his livestock on the Bunkerville allotment “free.” It was this issue that led to the confrontation between BLM and rancher Cliven Bundy.

1. Dick, E. The Lure of the Land: A Social History of the Public Lands from the Articles of Confederation to the New Deal. Lincoln: University of Nebraska Press, 1970.

5 I used the number 300 as a hypothetical because all historic economic data shows that herds of less than 200 head are not profitable. No one goes into the cattle business in order to “go broke.” A livestock grower requires 18 acres of land to support each cow and her offspring per year.