The Kurds -The Dilemma and its Complicated History

The issue of US involvement with Kurdish fighters is complicated and involve far more than a presidential directive to withdraw.  Let’s review.

The Kurdish people have been around since the third millennium B.C.  We know this because the Kurds are mentioned in Sumerian clay tablets.  They have long populated portions of present-day Turkey, Syria, Iran, and Iraq.  They fought alongside the Roman Army in 360 A.D. 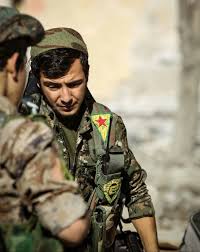 They have been demanding their own state since the 11th century.  History has not treated the Kurds kindly.  Turks, Iranians, Syrians, and Iraqis have murdered them, deported them, and resettled other ethnic groups in traditional Kurdish territories since the middle of the 19th century.

One consequence of this systematic suppression has been that the Kurds are more determined than ever to establish a state called Kurdistan.  Treaties promising them autonomy and self-determination have been made and broken since the 1920s.  Fifty years later, a new generation of Kurdish nationalists emerged: the Kurdish Worker’s Party (PKK).

They initially embraced Marxist/Leninist ideology only to abandon it by the late 1970s.  In 2011, another group emerged … the People’s Defense Unit (also, YPG).  The United States regards both entities as foreign terrorist organizations.

To demonstrate how Turkey, Syria, Iraq, and Iran have treated the Kurds, well over a million Kurds have been murdered or displaced since the end of the First World War.  Iraq has made a concerted effort to eradicate these people.  In one day in 1989, the Iraqi government killed 5,000 Kurdish civilians at Halabja by attacking them with nerve gas (see note 1).

The Kurdish rebellion in Iraq collapsed in 1991.  Iraqi troops recaptured most of the Kurdish areas and 1.5 million more Kurds abandoned their homes and fled to Turkish and Iranian border areas.  Twenty-thousand Kurds died during this evacuation.  The United Nations finally stepped in by passing a resolution to condemn the repression of Iraqi Kurds, but as far as anyone can tell, the UN’s somewhat belated resolution failed to restore life to any murdered Kurd.

Today, Kurds continue to occupy southeastern Turkey, northern Syria, northern Iraq, and northwestern Iran.  They refer to these areas as Northern Kurdistan, Western Kurdistan, Southern Kurdistan, and Eastern Kurdistan.  The truth is, there is no Kurdish territory.  The Kurds do not, nor have ever had —in the modern sense— a legally recognized state of their own.

Whether they like it or not, they live in Syria, Turkey, Iraq, and Iran —much like the Basques live in Spain and France— and much like equally distinct ethnic minorities live throughout the United States.

Have the Kurds been US allies against ISIS?  In a fashion, yes —but they were not fighting for American ideals; they were fighting ISIS for their own purposes —with US aid— provided to the Kurds because it served the United States’ interests to provide it.  We must remember, however, that according to US law, the PKK and YPG are designated foreign terrorist organizations.  Remember too that despite actions taken by the US government, private American citizens have been prosecuted (and convicted) for supporting these Kurdish organizations.

Why has the United States designated the PKK and YPG terrorist organizations?  The answer is that the Kurdish insurgencies have opposed Turkey, a NATO ally, for over 30 years.  Irrespective of the policies of Turkish President Erdogan, Turkey remains an important strategic ally of the United States and the North Atlantic Treaty Organization.  Erdogan’s recent threats to adopt Russia as his new best friend would not serve the interests of the United States (or NATO).

In 2014, President Barack Obama brought the United States into the Kurd-Turk conflict by authorizing the transfer of arms and munitions to the Kurds.  He then (without congressional approval) complicated the matter further (in his opposition to Bashir Al-Assad) by involving the United States in a multi-layered war in Syria —one that involved not only Turkey and the Kurds, but Russia as well.

In effect, Obama’s intervention ended up benefitting both Syria and Russia.  Presidents Putin and Al-Assad must be having quite a laugh at our expense.  This was the mess left on Trump’s plate on his first day in the White House.

Of course, there were humanitarian reasons for arming the Kurds, but in doing so, it seems unlikely that anyone in the Department of State or Defense considered the likely consequences of such actions.  At the outset, the United States undermined its own anti-terrorism laws, alienated a NATO ally, bolstered Russia’s diplomatic credibility in the Middle East, pushed Turkey toward Iran, and encouraged Iranian support for ISIS.

Second, at no time did the United States seriously consider endorsing Kurdish autonomy.  The novella serves as a poignant reminder that our government’s incompetence in foreign relations is nothing short of astonishing.  While the blowhards in Washington seek to condemn President Trump for pulling out of Syria, he at least does have an exit strategy.

It is to exit a potentially disastrous (lose-lose) situation —one that does not serve the interests of the American people.  Americans are fed up with the Moslem world and their accompanying baggage.  The Middle East is not worth one drop of American blood —we finally have a president who realizes this.

When President Donald J. Trump announced his intent to withdraw US forces from Kurdish territory in Syria, Pentagon brass publicly complained that the President blindsided them.  Now if that is true, then these very senior three-and four-star officers should resign immediately.

They are either grossly incompetent, or they are pursuing an agenda that differs considerably from the foreign policy goals of the President of the United States.  Mr. Trump has consistently stated that he intends to disentangle the United States from military operations in Syria.  In fact, Mr. Trump wants US military forces completely out of the Middle East; he wants an end to the United States’ never-ending wars.

Note 1: Proof that Saddam Hussein not only had weapons of mass destruction, but also that he was willing to use them.

Other than that all is well in the swamp