I am trying to stay upbeat with good news and a Holiday theme. Well, I tried. So I bring you the last season that we will see the deadly sprinkles adorning cupcakes. Like a sniper taking his best shot, the FDA put their scope’s red light on the infamous cupcake. So folks, get out there before the new year and grab yourself some sprinkles. Here we go:

Come the New Year, the Food and Drug Administration, ignoring the principle that in most cases it’s the dose that defines the poison, will issue new regulations designed to remove even trace amounts of hydrogenate oils, commonly known as trans fats, from our diets.

Trans fats have been in our foods since the 1950s to increase shelf life and improve taste. A small amount appears naturally in some foods, but research has determined that large quantities of trans fats in one’s diet can be dangerous for long-term health.

But so can large quantities of bacon, and no one has proposed banning bacon, at least not yet, but we’re sure that thought has occurred to those who want 16-ounce soft drinks banned while forcing our children to eat cardboard school lunches.

Each American consumes a mere 1.3 grams of trans fats per day. That’s roughly 0.6% of our total daily calories, and no research suggests that this poses a health risk. But that’s not enough to dissuade the federal nannies from regulating even the most minute aspect of our daily lives. 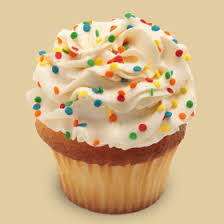