What About This Monkeypox National Emergency?

On 9 January 2020, the Center for Disease Control and World Health Organization announced the presence of a mysterious Coronavirus-related pneumonia in Wuhan, China.  This, of course, followed the 2019 Military World Games (also known as the 7th CISM Military World Games) — the first international military multisport event held in China and the largest military sports event ever, with 9,308 athletes from 109 countries competing in 329 events and 27 sporting disciplines.  Did I mention that the military games were held in Wuhan, China?

According to the dictionary, a pandemic exists when a disease becomes prevalent over a whole country or the world.  The word prevalent means widespread in a particular area or at a specific time.  My point here is that COVID-19 may not have been a pandemic in the normal usage of the word before wokeness.

Still, it certainly could be a proper usage given that the nation’s premier health authorities have shown themselves as charlatans and liars — people who, by their behavior, do not have and have not deserved the trust of the American people.

Now, we have another — disease.  In the past 80 or so days, more than 7,000 documented cases of monkeypox have worked its way into the United States.  Federal officials have declared the disease a nationwide health emergency — as COVID continues to “rage” in the United States.  We are, it seems, in the midst of two infectious crises. 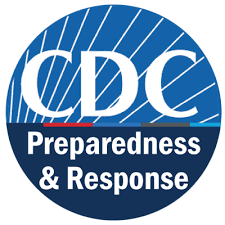 One wonders, how do those august medical professionals carry this word to America’s public?  More importantly, how does the American public accept anything their medical leaders have to say?

Monkeypox is an infectious virus that occurs in humans and some other animals.  The symptoms include fever, swollen lymph nodes, and a rash that forms blisters that crust over.  The time from exposure to symptoms is twenty-one days.  A “classic” presentation of fever and muscle pain follows, followed by swollen glands and lesions appearing simultaneously.  Cases may be severe (especially in children and pregnant women — or those with suppressed immune systems).

Monkeypox is a zoonotic virus (meaning that it can spread from one species of animal to another) and is related to smallpox.  Someone who is protected from one is also protected from the other.  Anyone vaccinated against smallpox is also safeguarded against monkeypox.

In humans, there are two types of monkeypox: West Africa is less severe than Central Africa.  It can spread from one species to another through bites from infected animals, handling infected meat, or scratches.  Human-to-human infection occurs through exposure to infected body fluids or contaminated objects (tiny droplets, possibly airborne).  The virus can be spread from the outset of symptoms until the lesions have crusted and fallen off — a period from two to four weeks.

There is no cure for monkeypox.  The smallpox vaccine is 85% effective in preventing the disease but cannot cure monkeypox after the outset.  Science is working on an improved vaccine, but it still won’t remedy the condition.  Monkeypox was seldom a problem in human societies before 1980; it was about that time when routine smallpox vaccinations stopped.

Why did they stop?  Because those geniuses in the medical profession were convinced smallpox vaccinations were no longer needed.  The first case of human infection occurred in 1970 in the Democratic Republic of the Congo, where it remains endemic.  The 2022 outbreak is the first evidence of widespread community transmission outside Africa (identified in the United Kingdom in May, afterward spread to 75 countries).  Since then, the WHO has announced more than 16,000 cases in 75 cases.

Imagine how easy it might be to arrest such “new challenges” in medical science if the American people had confidence in America’s medical leadership.  It doesn’t, though — so we should imagine what might result from poor medical (and political) leadership.

On a personal note right now, Mustang and his wife are walking the Camino de Santiago de Compostela.

18 Responses to “What About This Monkeypox National Emergency?”