BREAKING: Federal judge in Whitmer Kidnapping trial places 25-minute limit on defense attorneys but not on prosecutors. Defense attorneys now arguing with Judge Robert Jonker about his order under Reeves. This was applied to two government witnesses who pleaded guilty.

Earlier in the trial:

The judge is getting impatient with the defense in the Gov. Gretchen Whitmer kidnapping retrial, telling lawyers they are taking too much time talking about “crap” that isn’t important, dragging out the case and exhausting jurors in the process.

“You can look at the jury and see when they are checking out — and they’re checking out,” U.S. District Judge Robert Jonker said after the jury went home Friday.

“It’s getting ridiculous,” Jonker said of the time spent on cross-examinations, warning he is going to think “hard” over the weekend about enforcing time limits “unless the defendants can start focusing on something that really matters.” Read more Detroit Free Press.

And with that he limited the time for the defense attorneys yesterday. 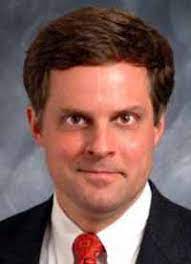 The on going trial of the two remaining defendants continue and we owe it to them to follow the coverage of their trial through to the end. Julie Kelly from American Greatness has been covering the trial. Here is her post setting the trial up:

Either the commissars prevail at great expense to the safety and liberty of the nation or they are defeated. And the closing chapter is being written right now.

“We have a saying in my office. Don’t let the facts get in the way of a good story.”

So said FBI supervisory agent Henrik Impola to one of the FBI informants working the FBI-inspired, organized, and executed scheme to “kidnap” and “assassinate” Michigan Governor Gretchen Whitmer ahead of the 2020 presidential election.

That comment, made in December 2020, just a few months after several men were arrested for their alleged role in the plot, was repeated by a defense attorney during opening statements last Wednesday morning in the retrial of two remaining defendants in the federal case.

Impola’s warning should be the FBI’s new motto; he also could be the poster boy for the modern-day FBI. Not only did he handle the main informant in the Whitmer operation, Impola worked out of the Detroit FBI field office when a man named Steven D’Antuono was in charge.

The purpose of the caper, one with D’Antuono’s fingerprints all over it, was to produce negative news coverage for Trump while millions of Americans were voting for president in 2020; the president was accused of inspiring “white supremacist right-wing militias” to take out one of his most loathed political adversaries.

One week after the arrests in the Whitmer plot were announced on October 8, 2020, FBI Director Christopher Wray invited D’Antuono to take over a plum assignment—head of the FBI field office in Washington, D.C. The promotion gave D’Antuono control of the most powerful FBI office in the country several weeks before the events of January 6.

The same old story by another name. Nan gives us the game play. The wrap up smear….

It’s the same blueprint every time. The public is finally catching on…

Here is how the Whitmer hoax was played.

Julie Kelly from American Greatness has been following the trial. Click on “Read the full conversation on twitter” for her remarks.

Trial of Gov Whitmer Kidnapping Hoax – What Country is this?

“FBI assets repeatedly confirm that even by August 2020, there was no plan to kidnap and kill Whitmer. So they turned up the heat and added another FBI agent to sucker the targets.”

« Trial of Gov Whitmer Kidnapping Hoax – What Country is this?
What About This Monkeypox National Emergency? »
%d bloggers like this: