China, having warned Speaker of the House Nancy Pelosi that her aircraft might be shot down, failed to carry out its threat, and America’s madam landed safely in Tai Pei — and departed — completely unmolested.  While Chinese President Xi remained silent, Pelosi and her staff did a fist pump.  Everyone on Capitol Hill imagined that Democrat America scored a victory equal to Richard Nixon’s in 1972.

It wasn’t.  This is because insofar as China is concerned, this story isn’t over.  We can blame Democrats for that, too. 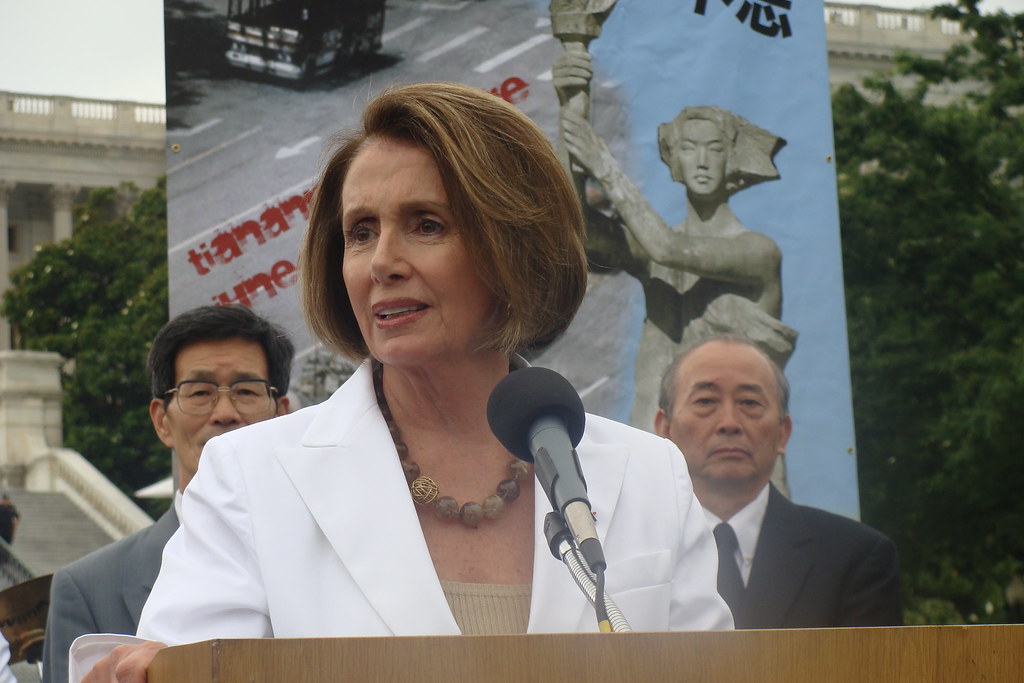 In 1912, the Xinhai Revolution forced the Chinese Emperor Xuantong to abdicate.  After that, Imperial China became the Republic of China under Chinese President Sun Yat-sen.  At the same time, the Beiyang government under Yuan Shikai, a former Imperial general, set up shop in Beijing.  Shikai was challenged by the Nationalist government, headed by the up-and-coming military leader, Chiang Kai-shek.

Between 1912 – 1949, China was scarred by warlords, the Japanese invasion, and the Chinese Civil War.  There were so many governments in China during this time that one had to have a program to figure out who was in charge at any given moment.

Before the invasion of Japan, competing governments battled one another from one end of China to the other.  Nationalist China, under Chiang Kai-shek, was winning the fight against the Communists (Jiangxi-Fujan Soviet) under Mao Zedong.  Chiang was winning the fight, pushing Mao’s Communists out of southern China into the mountainous region of Suiyan Province — there to regroup.  During this so-called “Long March” (actually, a series of marches) (communist withdrawals), Mao’s forces were reduced from around 250,000 to 7,000 in 1934.

Manchuria is a historical and geographic region of Northeast China and the Russian Far East.  Imperial Japan invaded Manchuria in 1931, ostensibly to restore civil order to a rebellious region of Northeast China.  Japan occupied Manchuria for its rich natural resources — needed for its robust armaments program.  Chiang had to divert a part of his army to deal with this Japanese incursion — fighting continued until 1937.

That year, the Empire of Japan began its war against the Republic of China, referred to in history as the Second Sino-Japanese War (1937 – 1945), which became the Chinese Theater during World  War II.  During this time, U.S. President Franklin Roosevelt (Democrat) gave both Chiang and Mao American-made military armaments and equipment.  Chiang used his material to confront the Imperial Japanese; Mao accepted his gifts and stored them in caves.

At the end of World War II, Mao took all his U.S.-made armaments out of storage and used them against the Nationalist Army under Chiang.  By then, Truman was President; he sent U.S. Marines from Okinawa to China to supervise the surrender of Japanese Imperial forces in China; it was there — while Truman demilitarized the United States Armed Forces — that Chinese Communists used their American-made weapons to kill American Marines.

Once the Americans had departed from mainland China, the communists went to full-court press against the Nationalist forces.  Using a far-too-heavy hand against dissidents, the Chinese people (ignorant twits that they were) overwhelmingly supported Mao (who, in just a few more years, would begin murdering them in the millions).  The Chinese Civil War ended in 1949 with a victory for Mao Zedong.  To the victor goes the spoils, so Mao Zedong took control of mainland China and began calling it the People’s Republic of China.

Chiang may have lost the civil war, but he retained control of the Nationalist government and moved the Republic of China to Taiwan, establishing his capital at Taipei City.  After that, given the longstanding relationship between the United States and the Republic of (Nationalist) China, the United States refused to recognize the Communist government of Mao Zedong.  More than this, the United States committed its financial support and military protection of the Nationalists in Taiwan.  Note: the word “committed” in the diplomatic parlance of the U.S. State Department is a somewhat nebulous term.

On 15 December 1978, U.S. President Jimmy Carter announced that, following months of secret negotiations with the People’s Republic of China, the United States and Communist China agreed to recognize one another and establish official diplomatic relations.

President Carter reneged on the United States’ previous policies as part of this agreement.  Henceforth, the U.S. would only recognize Communist China as the sole government of China and publicly declared that it would withdraw diplomatic recognition from the Republic of China (ROC) (Taiwan).  Chinese leader Deng Xiaoping (the man behind the Vietnam War) laughed, and laughed, and laughed.

Chinese President Xi Jinping is still laughing.  In addition to serving as the 7th President of the People’s Republic of China, he also serves as General Secretary Chinese Communist Party (since 2012) and Chairman of the Central Military Commission (since 2012).  President/General Secretary/Chairman Xi may have been pissed off by Madam Pelosi’s visit to Taiwan (now considered by Xi as a Chinese province in rebellion).  Still, President Xi is a very crafty man.

Now, realizing that China truly is the giant it always knew it was, Democrats now in charge of the United States continue edging toward war with China.  Note: for the past several years, the Commandant of the U.S. Marine Corps has continually emphasized that his priority is to produce Marine Corps combat forces that can sustain actions against China’s People’s Liberation Army/Navy (PLAN).

Beijing believes that China has a right to be the paramount power in the Western Pacific region — and that the United States, incompetent as it is (diplomatically and militarily), is standing in the way.  Realizing the importance of Asia, Democrats envision that America’s future depends on maintaining and expanding alliances in the Far East — to contain China.  President Xi laughs, and laughs, and laughs.

Taiwan is a keystone to future Sino-American relations.  Taiwan is a Chinese Province.  Insofar as President Xi is concerned, Madam Pelosi has as much right to visit Taiwan (uninvited and unrecognized, diplomatically) as Chairman Li Zhanshu of the National People’s Congress of the People’s Republic of China has to visit the State of Missouri (uninvited and unrecognized, diplomatically).

Madam Pelosi isn’t the first Speaker to visit Taiwan.  Newt Gingrich was there in 1998.  What’s changed is that since then, Chinese experts have observed one American blunder after another, the continual decline of popular confidence in the U.S. government by the American people, and an increase in the number of nations who want less to do with the United States (diplomatically or in trade).

Meanwhile, President Xi has the full backing of his government and the people; the U.S. president has none.  If President Xi decides to re-take Taiwan by force, there is nothing the United States can do to stop it.  By the time the United States becomes aware of a problem in the Taiwan straits, Taipei City will already be in the hands of the Chinese Communist government.

What makes this scenario likely is the humiliation handed to China by Madam Pelosi.  No one in China will forget (or forgive this) affront to Chinese “face.” China is not likely to achieve regional respect for as long as American diplomats unwisely push Beijing’s buttons — because if China does seize Taiwan, there will be nothing the U.S. can do to get it back.

Most of America was excited to hear that Nancy Pelosi intended to retire this year.  The New York Times promises that the rumor isn’t so.  She’s 81 years old — and a sot.  She may die in office.  If she does, a problematic China could be her parting gift to all those adoring Democratic voters who want nothing more than to have their sons and daughters killed in another war America cannot win.