What is this thing called “inalienable rights”?

“Friday was a singular day in our history: the first day in living memory that Americans went to bed with fewer inalienable rights than they had when they woke up.  Not just in living memory.  Ever.”   –Laurence Henry Tribe

Dr. Tribe is an intellectual.  He is degreed in both mathematics and the law, and in the law, a long-acknowledged Constitutional scholar at Harvard Law and one of several responsible for teaching law to such as Barack Obama, Elena Kagan, John Roberts, Merrick Garland, and Ted Cruz.

He is also full of malarky.

The Supreme Court’s decision in the matter of Dobbs v. Mississippi took away no rights at all.  Let us examine carefully what Dr. Tribe said.  “… Americans went to bed with fewer inalienable rights than they had when they woke up.”

What is an inalienable right?

It is an entitlement incapable of being alienated, surrendered, or transferred.  Some would argue, a right accorded to mankind by God; freedom beyond other men’s power (or right) to strip away.  In Dr. Tribe’s context, one might question his claim that God ever gave human beings the right to kill their unborn child.

Any time someone on the political left argues the merits of inalienable rights, they present themselves with something of a dilemma: since few on the left believe in God, how can a non-entity offer an inalienable right?  And if an inalienable right isn’t one given to us by the Creator, then where did it come from — and what underlying principle makes it sacrosanct?

Perhaps our confusion comes from the use of the word “rights.” There is a vast difference between human behavior and human rights.  A person may offend society — and many do — but that doesn’t make anyone entitled to offend society.  If someone does “offend” the community, that person should anticipate that if outraged, society will punish them for that offense.  Murder, rape, incest, or torture are some things offensive to society.  Murder, as an example, is NOT an inalienable right.  No one is entitled to murder anyone else.  God’s law tells us that.

Then we enter the world of competing interests.  Given “an entitlement,” our lawyers and judges often struggle with this question: Who among us is more entitled?  One popular refrain is that a woman has the inalienable right to choose what to do or not to do with her own body.  This argument states that if a woman carries a child, she has the inalienable right to dispose of it before full-term delivery.  There are three camps: those who believe this is true, those who don’t, and those who don’t care one way or the other.

We have another point of view, although it isn’t popular.  A woman would not have a child to deliver were it not for a man’s sperm.  No sperm, no child.  Does this give a woman’s male partner a greater say in the unborn child’s rights?  Can the law consign a woman to full-term pregnancy if her male partner demands it?  I now hear angry voices; what is the matter with me?  And yet, if a woman consents to accept a man’s sperm, does she not commit herself to the possibility of pregnancy?  It’s a complex issue — it is why we have jurists and a system of courts to entertain such questions. 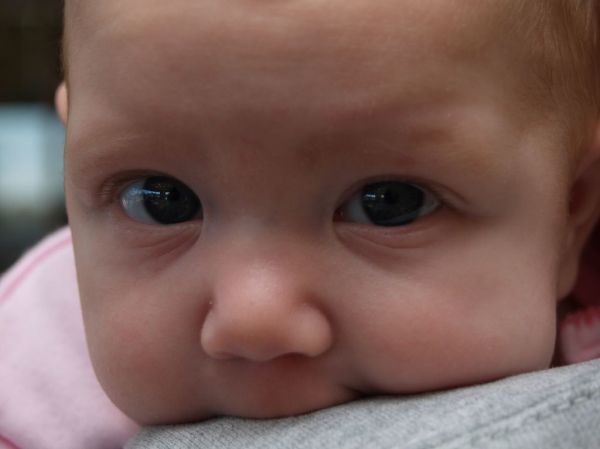 “baby bentrup” by paparutzi is licensed under CC BY 2.0.

But Dr. Tribe is wrong to suggest that the Dobb v. Mississippi decision was an assault on anyone’s inalienable rights or that it was the first time in history that such a thing happened.  Both arguments offer a profound stretch — and it’s either political or intellectually dishonest.  I would think that an example of a breach of our inalienable rights might include intentionally infecting unsuspecting black men with syphilis

In any case, Dobbs was not a question of civil rights.  The high court’s decision (6-3) only reaffirmed that the federal government has certain enumerated powers; the high court granting constitutional rights to people where none exist isn’t one of them.

Whether or not there shall be a “lawful murder” of an unborn child isn’t a federal matter; it is an issue that belongs to the states.  This was the challenge in Dobbs v. Mississippi.  And, just because Dr. Tribe didn’t like that decision doesn’t invalidate it.

Laurence Henry Tribe is a progressive/communist hack.  By this, I mean that he is dishonest and un-American — a pox on him.

20 Responses to “What is this thing called “inalienable rights”?”

« John Adams – ‘While I live, let me have a country, a free country!’
European Union Fires the shot to start WWIII in the Netherlands »
%d bloggers like this: