During and after the events of 6 January 2021, every anti-Trump individual, group, or coalition (including news media) began describing the event(s) in such terms as “acts of insurrection and violence constituting a clear and present danger to the duly constituted government of the United States, damage or injury to persons and property of the government of the United States, or of others, created by assemblages of people acting with a common purpose and in a violent and tumultuous manner to terrorize the public.”

Did the events of 6 January 2021 constitute insurrection? 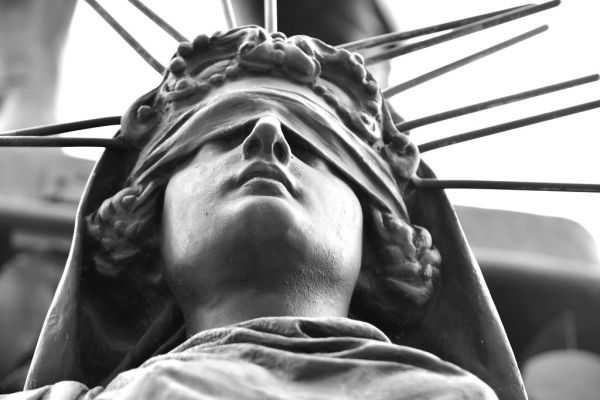 Whoever incites, set on foot, assists, or engages in any rebellion or insurrection against the authority of the United States or the laws thereof, or gives aid or comfort thereto, shall be fined under this title or imprisoned not more than ten years, or both; and shall be incapable of holding any office under the United States.

Note that according to the foregoing, federal law enforcement officers who incited or encouraged rebellion and/or insurrection on 6 January 2021 are guilty of breaking the law.

Why is this important?  David Madison Cawthorn has been a U.S. Representative for North Carolina’s 11th Congressional District service since 2021.  He is a member of the Republican Party.  Cawthorn is a self-described Christian criticized by political opposition for alleged inflammatory rhetoric.  Mr. Cawthorn is the owner and only employee in a real estate investment firm named SPQR Holdings.  SPQR is the ancient symbol of the Roman Empire and was allegedly adopted in modern times by “skinhead” organizations and “white nationalists” in certain parts of the United States.

On 11 November 2021, Mr. Cawthorn announced that he would seek reelection in the new 13th Congressional District of North Carolina.  In January 2022, a group of North Carolina voters (possibly organized by the so-called 14POINT3 Campaign) challenged Cawthorn’s qualifications to run for re-election, citing his participation in a rally in January 2021 that questioned the presidential election outcome, which preceded the so-called Capital Riot.

Note: The 14POINT3 Campaign refers to Section 3, Fourteenth Amendment to the U.S. Constitution, which states, “No person shall be a Senator or Representative in Congress, or elector of President and Vice President, or hold any office, civil or military, under the United States, or under any State, who, having previously taken an oath, as a member of Congress, or as an officer of the United States, or as a member of any State legislature, or as an executive or judicial officer of any State, to support the Constitution of the United States, shall have engaged in insurrection or rebellion against the same, or given aid or comfort to the enemies thereof.  But Congress may, by a vote of two-thirds of each House, remove such disability.”

According to their website, the 14POINT3 Campaign is part of the advocacy group Free Speech for People — “ … a national non-profit/non-partisan organization is a catalyzing leader in the country challenging big money in politics, confronting corruption in government, fighting for free and fair elections, and advancing a new jurisprudence grounded in the promises of political equality and democratic self-government. Through our cutting-edge legal advocacy, public education, and organizing work, we are at the forefront of a movement across the country to defend our Constitution and reclaim our democracy.”

Cawthorn’s lawyers argued that an 1872 law providing amnesty to Civil War insurrectionists overrode Section 3 of the Fourteenth Amendment.  The NC State Attorney General argued that the Fourteenth Amendment could apply to Cawthorn “if a state board determines that he aided or encouraged the 6 January attack on the Capitol.”  In March 2022, Judge Richard Myers ruled in Cawthorn’s favor based on the 1872 law.

Enter now Marjorie Taylor Greene (also known as MTG), a U.S. House of Representatives member representing Georgia’s 14th Congressional District. She is a member of the Republican Party, first elected to Congress in 2020.  Leftists describe her as “an American politician, businesswoman, and far-right conspiracy theorist.”

As with the case of Mr. Cawthorn, a “group of Georgia voters” has challenged the right of MTG to seek reelection based on the prohibitions outlined in Section 3 of the Fourteenth Amendment (previously discussed) because she supported insurrectionists who attacked the U.S. Capitol on 6 January.

This issue is now sitting on the desk of federal Judge Amy Totenberg, Senior Judge, U.S. District Court for the Northern District of Georgia.  Judge Totenberg is a Barack Obama appointee and the sister of media leftist Nina Totenberg, National Public Radio’s Special Correspondent for the U.S. Supreme Court.

We aren’t exactly sure how the matter so suddenly arrived on Judge Totenberg’s desk — but there it sits.  I suspect Mr. Ron Fein, the legal representative of Free Speech for the People, may have mentioned over cocktails that he has reservations about the legality of MTG running for reelection, and the judge may have said, “file a motion, and I’ll look at it.”  You know how that good-old-girl network works.

In any case, Judge Totenberg informed a news reporter that she has “significant questions and concerns” about Judge Myers’ ruling in the Cawthorn case.  She intends to rule on the MTG matter before any rulings by the state elections commission.  I think some people are calling this preemptive justice.

This issue is more than a legal matter.  It is deeply political.  We know this by The Guardian’s hashtags: “Republicans, Far Right, U.S. Politics, Donald Trump, News.”  Ron Fein, speaking on behalf of Free Speech for the People, recently explained the issue to The New York Times: “According to this court ruling, the 1872 amnesty law, by a trick of wording (although no one noticed it at the time, or in the 150 years since), completely undermined Congress’s careful decision to write the insurrectionist disqualification clause to apply to future insurrections.  This is patently absurd.”  And so too is Ron Fein, not to put too fine a point on it.

Writing for The Guardian, far-left Princeton academic, Jan-Werner Muller said, “Whether a heavily right-leaning U.S. Supreme Court will uphold disqualifications is a very open question.”  Is Muller being dishonest?  It is and has been a 5 to 4 court.  Muller, a German philosopher, might have said “marginally right-leaning,” and he’d have been much closer to the truth.

In the case of the 6 January incident, however, there does appear evidence that federal law enforcement personnel aided and abetted acts of public mayhem at the U.S. Capitol.  No one on the left is talking about this at all.

Also note that no one (certainly not any Democrat or other left-leaning critter) denied Edward Kennedy a seat in the U.S. Senate after he gave aid and comfort to the enemy while the U.S. was still at war in Vietnam.  No one denied John F. Kerry a place in government after he rebelled against the U.S. during the Vietnam War.  No one denied Nancy Pelosi a place in government after she gave aid and comfort to the Iranians while serving at Speaker of the U.S. House of Representatives.

Now, however, in the case of Mr. Cawthorn & Ms. Greene, Free Speech for the People, being unsatisfied with the will of registered voters, seeks to deny a place in government to both members of congress, alleging their engagement in rebellion and insurrection — which is interesting, since neither individual has ever been arrested, charged, tried, or convicted of rebellion or insurrection.

If Judge Totenberg has questions, so do I — beginning with, why this matter is sitting on the desk of a federal judge?

There are sufficient reasons for someone not to like either Cawthorn or Green.  So what?  I think Representative Maxine Waters is despicable, Hank Johnson a blithering idiot, and Nancy Pelosi a disgusting drunk — but the voters in their districts think they’re all just peachy, and as a result of the view of voters, all three of these people retain their seats in the House.  Why should it be different for Cawthorn or Greene?