Biden has already suspended leases for drilling on federal lands, but his latest plan would remove any drilling from within a ten-mile radius around the Chaco Culture National Historical Park, according to the Washington Post.

We can be sure this is just the beginning and not the end of this environmental activism. We went through all of this during the Obama administration. There would be good paying jobs for Native Americans in these areas, but better to hug a tree or a cactus apparently.

The park is in the home state of Interior Secretary Deb Haaland, a deeply personal issue for the former environmental activist. 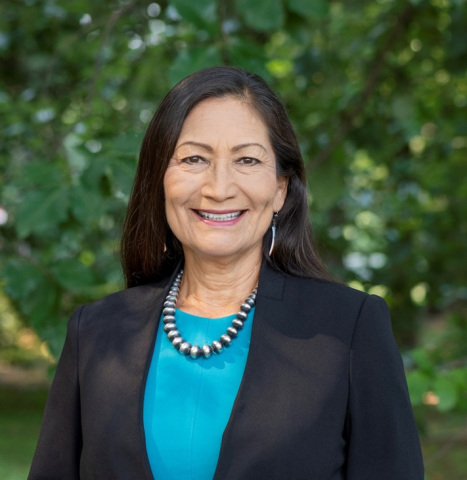 “Chaco Canyon is a sacred place that holds deep meaning for the Indigenous peoples whose ancestors lived, worked and thrived in that high desert community,” Haaland said to the New York Times.

That is exactly what I am afraid of…..

The New Mexico Oil and Gas Association told the New York Times there did not appear to be a “scientific or environmental rationale” for a drilling ban outside the park.

“No one is saying that we want to develop inside the park or that we need to be directly inside its boundaries,” New Mexico Oil & Gas Association spokesman Robert McEntyre said. “But the 10-mile number appears to be arbitrary.”

Under Donald Trump, the Interior Department released a plan to allow drilling of more than 2,300 oil and gas wells in the area.

But the Biden administration has made it clear that even areas surrounding national parks will be shut down to oil drilling, if environmental activists believe it is necessary.

What does our gal Granholm head of the Dept. of Energy have to say about this? Here is her latest. Too much to expect any interviewer to ask about “Drill Baby Drill.”

Granholm Says Biden Is “All Over” High Gas Prices, Fails To Mention Anything He’s Done To Lower Cost

Getting back to Chief Talking Bull, our Interior Secretary, she supported the Stone-Manning nomination for Director Bureau of Land Management.

Just who is she?

The latest example of Biden’s personnel philosophy (or is it just senility or cognitive dysfunction?) is his refusal to withdraw the nomination of Tracy Stone-Manning to be director of the Bureau of Land Management, which has authority over oil and gas leases on federal lands, even though she had connections to eco-terrorist group, Earth First. According to many media reports, Stone-Manning was a graduate student in 1989, when she mailed a letter to the U.S Forest Service, warning them that someone had spiked trees to prevent logging in Idaho’s Clearwater National Forest. In 1993, she was granted immunity and testified against two men she knew, who were eventually convicted of the crime.

Tree spiking involves driving a nail or metal rod into a tree. When a logger saws into the tree and hits the spike, it can break the chain saw and send pieces of metal flying. Used by environmentalists to discourage timber harvesting in certain areas, this tactic was made illegal in 1988.

“It is hard to imagine a nominee more disqualified than Tracy Stone-Manning,” said Sen. John Barrasso (R-Wyo.), the committee’s top Republican, who was among 10 Republicans on the panel voting “no.” The committee’s 10-10 vote meant that Senate Majority Leader Chuck Schumer (D-N.Y.) needed to utilize a rarely used maneuver to “discharge” the nomination to the Senate floor.  In the meantime, the bureau’s handling of Biden’s federal lands leasing policy is on hold until Stone-Manning is confirmed or rejected on the floor of the U.S. Senate. UPDATE: The U.S. Senate on October 1, 2021 confirmed Montana’s Tracy Stone-Manning as the next Director of the Bureau of Land Management (BLM) after a sustained push by U.S. Senator Jon Tester on behalf of her nomination. (Unbelievable that Joe Manchin voted yes to confirm and yes out of the committee as well.)

A series of dangerous mediocrity. Stone-Manning is the latest in a series of miserable Biden nominations affecting energy policy, including Secretary of Energy Jennifer Granholm, Secretary of the Interior Deb Haaland and White House National Climate Advisor Gina McCarthy. Speaking of Haaland, she came to Stone-Manning’s defense. Why are we not surprised?  We would be thrilled for the Senate to come to its senses…

And that is the very best of the swamp today.