Our Saudi and Paki Friends

Our Saudi and Paki Friends

International relations theory holds that national policies always follow national interests — as do interests in forming and maintaining foreign alliances.  Before 2001, Pakistan and Saudi Arabia were the primary supporters of the Islamic Emirate of Afghanistan (also known as the Taliban).  If international relations theory holds, then Pakistan and Saudi Arabia presumably supported the Taliban because doing so served the interests of all three governments. 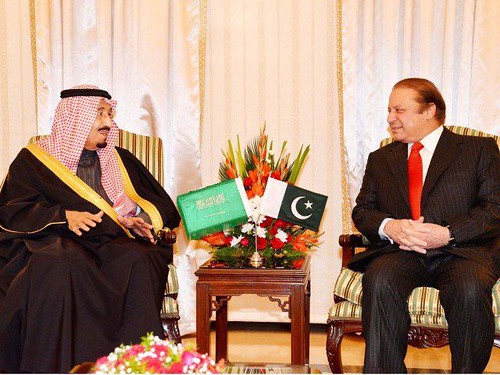 Thirteen days before the Saudi attack against the United States, the Crown Prince of Saudi Arabia dispatched a letter to U. S. President George W. Bush, stating, “A time comes when peoples and nations part.  We are at a crossroads.  It is time for the United States and Saudi Arabia to look at their separate interests.  Those governments that don’t feel the pulse of their people and respond to it will suffer the fate of the Shah of Iran” [Note 1].  For more than a year after 9-11, Saudi Arabia’s interior minister insisted that the attackers were “dupes in a Zionist plot.”  In December 2002, the Saudi government claimed that America’s ire concerning the 9-11 attacks resulted from the intolerance of the American people and their hatred of Arab peoples.

In 2003, the Saudis directed additional Islamist attacks against several US compounds in Saudi Arabia.  Since 2001, the British people have suffered 21 separate Saudi-inspired attacks [Note 2].  According to the US State Department, Saudi Arabia has been (and continues to be) the most significant source of terrorist funding in the entire world.  Moreover, agents of Saudi Wahhabism initiated and continue to operate as the primary source of civil strife in Syria.

Despite these facts, the US State Department claims, “The United States and Saudi Arabia have a common interest in preserving the stability, security, and prosperity of the Gulf region and consult closely on a wide range of regional and global issues.  Saudi Arabia plays an important role in working toward a peaceful and prosperous future for the region and is a strong partner in security and counterterrorism efforts, in military, diplomatic, and financial cooperation” [Note 3].  Additionally, Saudi Arabia is the United States’ most significant customer of foreign military sales.

After the Islamist attacks against the United States on 9-11-2001, Pakistan suddenly became one of America’s “key allies” in the war on terror — pressured to do so by President George W. Bush.  It wasn’t that Pakistan was much interested in helping the US in its so-called war on terror, but rather that Bush agreed to pay bounties for the capture and execution of known Pakistani terrorists.  President Bush “forgave” a $1 billion debt owed to the United States to sweeten the deal further.  In 2005, additional taxpayer-funded millions went to “rebuild” Kashmir following an earthquake there.

Again, according to the US State Department, the United States has been one of Pakistan’s largest foreign investors, with concentrations in consumer goods, chemicals, energy, agriculture, “business process outsourcing” [Note 4], transportation, and communications.  In essence, Pakistan has become part of the American welfare system.

Ranked immediately behind Nigeria in purchasing power parity (gross domestic product) is the Islamic Republic of Pakistan, ranked 25th globally.  Pakistan’s primary resource is exploitable minerals, but its ore deposits are generally poor, with only two regions of the country noted for high-grade ore.  Irrespective of its poor material wealth, most of Pakistan’s exports are sent to the United States, while its primary source of imports is China.

At the heart of diplomatic alliances is the balance of power among nations, and what must always determine the formation of a partnership is perceived national interest.  Since 1947, the United States has provided Pakistan with close to $100 billion in foreign aid and assistance, most of it in military equipment assistance.  Given that the United States provides arms and equipment to Pakistan — and Pakistan turns around and supplies the Taliban with financing, arms, equipment, and manpower, what are the United States’ national interests in supporting a grossly failed regime such as Pakistan?

Note also that since 2001, 2,312 US military personnel have died in Afghanistan; 20,066 American men and women received debilitating wounds.  In this same period, an estimated 40,000 Afghani civilians have been killed due to military operations.  The cost of the Afghan War to the American taxpayer is roughly $842 billion. The fact is that despite this massive economic burden paid for by the American taxpayer, Pakistan is the primary source of funding, recruiting, and arming the so-called Taliban insurgencies in Afghanistan.

Experts have observed that (in their opinion), the Saudi royal family hangs on to its power by a thread.  Whether true, which I find doubtful given that 85% of the Saudi people are Sunni Moslems, it benefits the Kingdom of Saud to domestically support and export one of the most radical forms of Islam: Wahhabism.  The Wahhabi sect of Islam is akin to puritanism.  Its adherents prefer the term Salafi.  The house of Saud supports Wahhabism because, in doing so, it satisfies the radical-most segment of Saudi society.  Once more, from the mouth of the Saudi Interior Minister, “… governments that don’t feel the pulse of their people and respond to it will suffer the fate of the Shah of Iran.”  It’s a survival thing.  I understand “survival.”  I do not know why the United States seeks to maintain a “national interest” in a nation that seeks to destroy all Christian and/or secular societies.  Shall we bare our throats to a dangerous enemy by calling him “friend?”

What do we know about Pakistan?  First, it is on the verge of being a failed state — as most Islamic states are.  There is nothing about an Islamic state that is compatible with the twentieth and twenty-first centuries.  Nothing.  In Pakistan, the government also hangs on by a thread.  In a nation of well over 180-million people, 90% of whom embrace radical Islam, the government’s only chance of hanging on to power is to accede to the demands of its predominantly Sunni Salafi Moslem population.  The only word to describe Pakistan is “chaos.”  With that as an easily observable fact, why is the United States government paying Pakistan billions of dollars to make war on the United States in Afghanistan?  Perhaps it has something to do with the additional fact that Pakistan possesses more than 100 nuclear warheads.  The thousands of dysfunctional morons running the government of the United States have no concept of such terms as “national interests” or “integrity.”

United States foreign policy with respect to Pakistan has funneled billions of dollars into that country, first to help fight the Soviets in Afghanistan, and completely ignored the fact that Pakistan spends a large amount of that money toward the acquisition of weapons of mass destruction.  The fantastic part of this is that ANYONE in the United States has even an iota of confidence in the United States government.  In exchange for its promise to keep its nuclear weapons secure, the United States has turned a blind eye to Pakistan’s direct support of radical Islamic terrorism.  Who is running Pakistan today?  No, not the orthodontist who serves as president.  The power in Pakistan is the Inter-Service Intelligence agency (ISI).  The ISI is a divided house: moderate and radical Sunni Moslems.  Pakistan’s government could be the most unstable of all US “allies.”  But — we keep pumping in American tax dollars to prop them up.

China may be the least of our problems, but not by much. In this hazardous environment, the American people continue to elect such unbelievable imbeciles as George W. Bush, Barack Obama, and Joe Biden. Granted, Biden’s corrupt relationship with China should at least demand impeachment … but while China confines itself to killing our people through bio-warfare, Saudi Arabia is content to murder our innocent citizens as they make their way to work in the morning, and Pakistan has its finger on a nuclear trigger.

What could possibly go wrong with our traditionally inept foreign policies?  By the way, Democrats … when you send you children off the school in the morning, will that be the last time you ever see them?

[2] The Saudi government continues to claim that terrorist attacks are individually sponsored incidents with no tie to the Saudi government — except that factually, the majority of money supporting terrorists’ attacks comes directly from members of the royal family.

[3] Some 37,000 Saudi students’ study at US colleges and universities each academic year.

[4] Business process out-sourcing is a method used to subcontract various business operations to third party vendors.  By business process out-sources, one might assume that the US State Department means telephone help lines that hardly anyone in the United States can understand.  One can understand why a major US company would out-source certain business practices to the IRP once they realize how cheap labor is in Pakistan and the tax benefits from sending US jobs to overseas locations.  At the present time, the top US companies who engage Pakistan (and other third world countries) to handle their call centers are Capital One, JP Morgan Chase, Wells Fargo, Bank of America, Citi Group, Hewlett Packard, Sykes Enterprises, Convergys, T-Mobile, and Prudential Financial.  The first five of these companies “went off shore” after receiving taxpayer-funded federal bailouts; Hewlett Packard, Sykes, and Convergys are able to use off-shore call centers because of multi-million dollar federal contracts, and T-Mobile and Prudential Financial receive federal subsidies to operate off-shore call centers.

Thanks Whatfinger for the link… click on the button and check it out.