Is anyone really surprised? Psaki Refuses To Speak Out Against ‘Communism’ In Cuba When Asked About ‘Root Causes’ Of Crisis. After all Harris is supposedly checking out the root causes of why people are fleeing their homelands and flooding our borders. Could it be Marxism isn’t so swell? Hmm… We sure know a lot of Cubans want out. But our door is not going to take “their tired’ and “poor” None of their huddled masses yearning to be free.Yesterday we learn DHS Mallorcus – Cuban refugees not welcome and will be returned

White House Press Secretary Jen Psaki refused to speak out against communism in Cuba when pressed on Wednesday about the root causes of the ongoing crisis on the island nation. 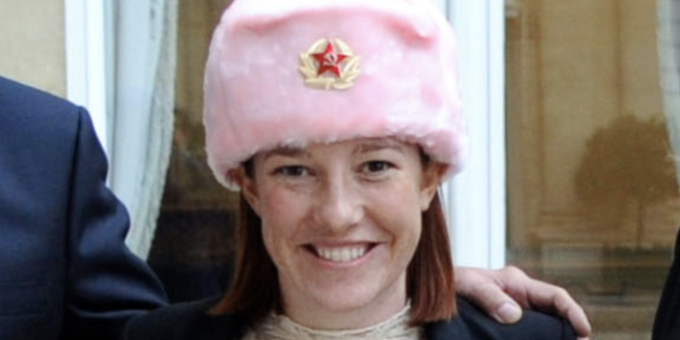 Recall just who Jen Psaki is and her role.

So we really have no need of being surprised.

Mustang gave us a few interesting factoids in a comment yesterday regarding Asylum. Just for the record.

So, to me anyway, it would appear as if the Biden administration has taken extra-legal steps to deny Cuban’s access to the protections of United States law with respect to refugees and asylees. I have not heard from any “human rights groups” so far. Is it possible that the interests of human rights groups are political party-dependent? Wow … that would be shocking.

But back to the post. Have no fear. Biden et al may not want any potential GOP voters in the form of Cuban refugees, but look out. Manchin will bend and have enough “immigrants” made legal by 2024 to insure the Dems stay in power. The Dems will figure out a way for them to vote.

Manchin on Wednesday afternoon signaled support for some aspects of the plan and said he is “fine” with it including language establishing legal permanent residency for some immigrants.

“I’m a 2013 immigration supporter,” Manchin said, referring to a Senate-passed bill that would have made it possible for many undocumented immigrants to gain legal status. “If we had that bill then we would not have the problems we have today.”

The last hope for Republicans is that the Senate parliamentarian will spike the immigration component of the bill on procedural grounds, as happened when lefty Dems wanted to add a national minimum-wage hike to the COVID relief bill. Under reconciliation, a bill has to bear directly on the budget; it can’t include “extraneous” or incidental non-budgetary subject matter. Normally that’s how we’d conceive of immigration reform, primarily a cultural rather than pecuniary dispute over whether to grant illegal immigrants a right to remain in the U.S. The wrinkle, however, is that legalizing millions of people could have enormous fiscal consequences, starting with employers paying them on the books and collecting tax revenue from them. So there is some budgetary salience to amnesty in a bill that otherwise needs to find $3.5 trillion in pay-fors.