Trump blasts Barr, claims Durham has disappeared from the planet

In a scathing rebuke of Barr, Trump lets loose in an open letter. Many of us were concerned with Barr from the get go. His announcement at his confirmation hearing that he was best friends with Horowitz gave us plenty to give pause.

Here we have the real story on the weasel Bill Barr.

In this OAN interview Natalie Harp outlines the duplicitous history of Bill Barr’s former statements relating to voter fraud and mail-in ballot fraud.  After laying out the background of Barr’s statements as Attorney General, President Trump’s spokesperson Liz Harrington responds directly to the current position of Barr. It is followed by Trump’s letter. 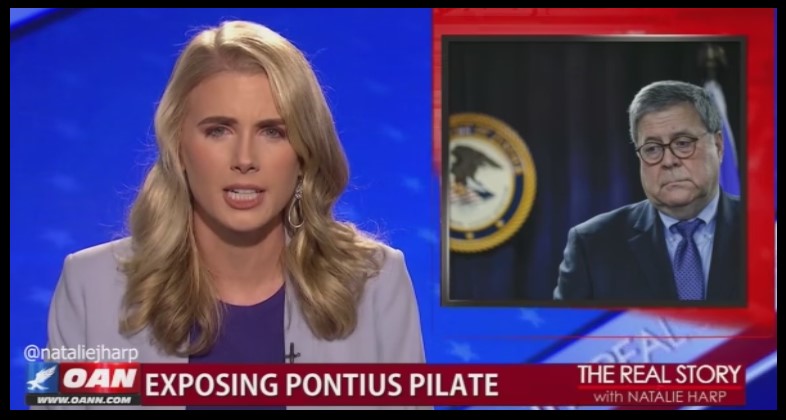 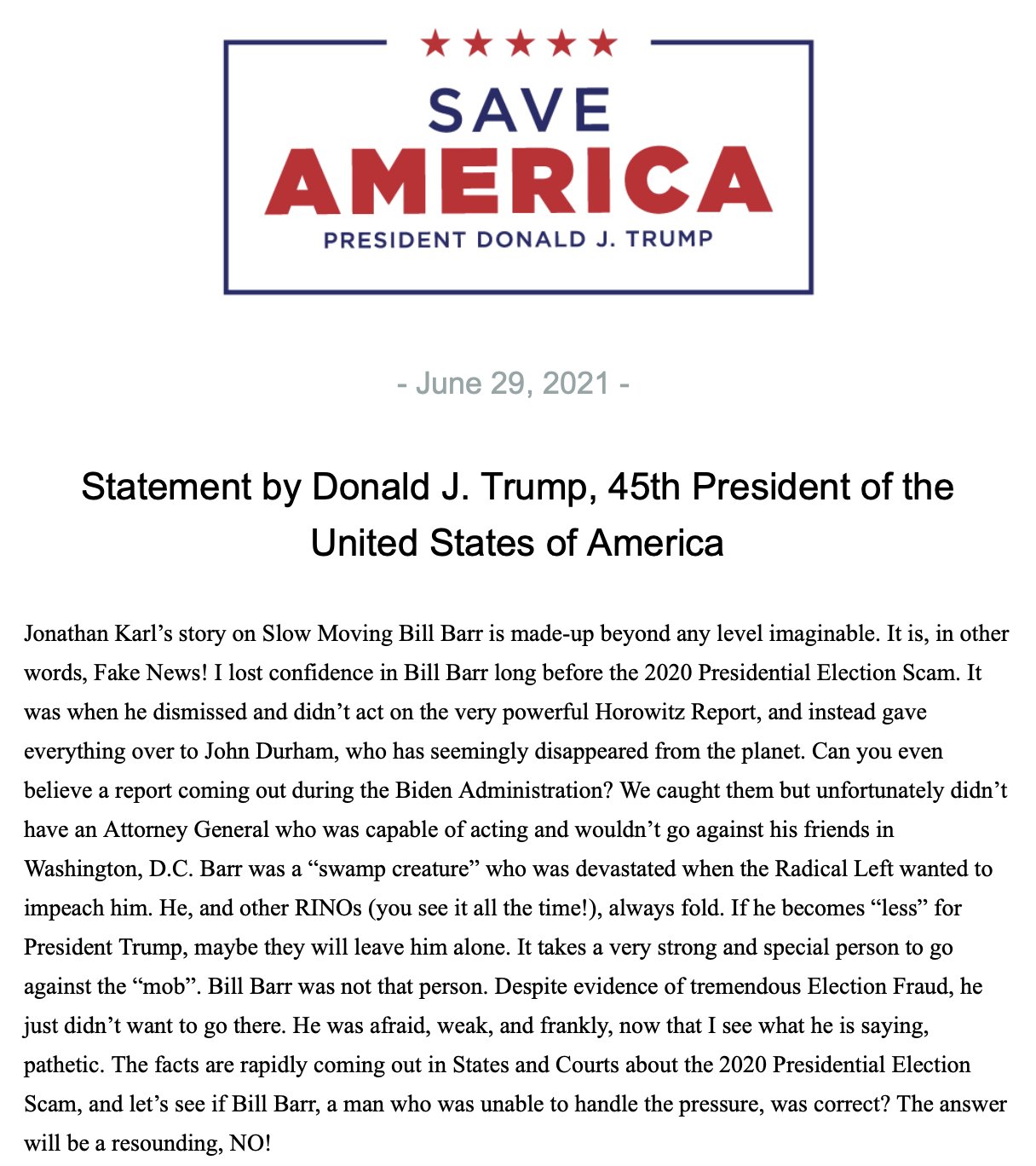 A pretty damning clip knowing what we know now. Of course he slid through his confirmation hearing.

Barr and Mueller are friends?

Here is an earlier “tell.”

Via NBC) […] The former U.S. attorney whose office oversaw the Roger Stone prosecution resigned from the Trump administration Wednesday, two days after President Donald Trump abruptly withdrew her nomination for a top job at the Treasury Department.

Why did Barr ever think Jessie Liu was worth promoting to a critical role in treasury? and worse to the DOJ #3 post before that. As soon as Barr was confirmed he was her champion. She was involved with Mueller including the Stone and McCabe cases. Keep it in mind as we go through this:……….

21 Responses to “Trump blasts Barr, claims Durham has disappeared from the planet”

« Jill Biden: ‘They all really had a pandemic ready to go…’
Olympian Gwen Berry loved the American flag before she hated it »
Loading Comments...
%d bloggers like this: