Because they can’t destroy America fast enough. There is a storm brewing. Do we think that millions will be allowed to keep pouring in? MS-13, drugs, trafficking of all kinds? Four years of this and we will not recognize America.

President Joe Biden is allowing Central American economic migrants with pending asylum claims — not just approved claims — to have the Department of State fly their families on the American taxpayer dime to live with them in the U.S. 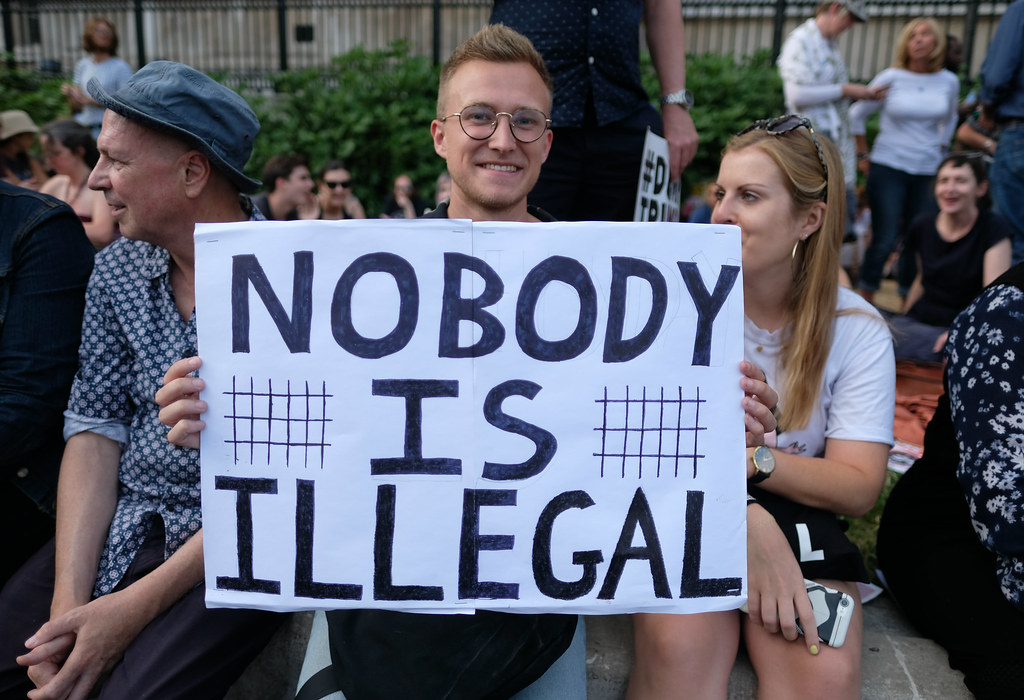 “Nobody is Illegal !” by alisdare1 is licensed under CC BY-SA 2.0

The Biden administration on Tuesday announced the major expansion of a program that would allow many such youths into the country legally, part of its stated goal to increase “legal pathways” for immigration. The changes could boost the number of Salvadoran, Guatemalan and Honduran children joining their families in the U.S. from several hundred to tens of thousands.

The in-country processing will resume with Tuesday’s announcement, administration officials said. Advocates warned against allowing burdensome backlogs to form in El Salvador, Guatemala, or Honduras, with screening, interviews, vetting, and cross-border paperwork that delay and ultimately discourage applicants, some of whom feel too at risk to wait it out [and choose to take their shot trying to sneak into the U.S.]

AUSTIN — Texans can soon begin carrying a handgun in public without a license or training, after Gov. Greg Abbott signed legislation allowing permitless carry Thursday, calling it the “biggest and best” gun law this session.

The law takes effect Sept. 1. People 21 and older who can legally possess a handgun will no longer need a state-issued license to carry one outside their homes or vehicles.

There we have it. The best of the swamp.