When was the last time an administration encouraged American jobs to go overseas? So much for America First. As the hordes descend upon us, our savant, one Kamala Harris, has been tasked with solving our border crisis. Not bad enough to have millions storm our borders, better yet let’s send our jobs to the various hell holes of corruption. Meanwhile we send billions throughout the world in the form of so-called foreign aid. The thought of Harris negotiating with these third world countries should put a chill down anyone’s spine. 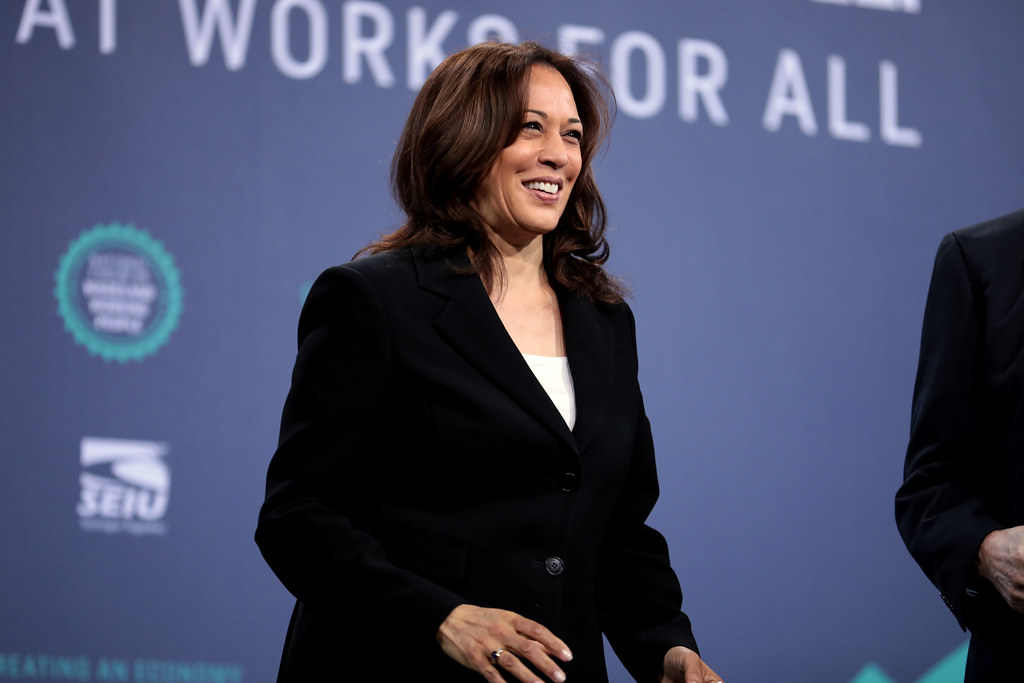 “Kamala Harris” by Gage Skidmore is licensed under CC BY-SA 2.0

Vice President Kamala Harris on Thursday unveiled the agreements of 12 companies and organizations to invest in Guatemala, Honduras and El Salvador as part of the administration’s efforts to deal with a surge of migrants from Central America at the U.S. southern border.

Biden administration officials have said the aim in part is for greater private-sector involvement to outlast shifts in policy and government aid between administrations, reducing over time the motivations for migrants to make the often dangerous journey to the U.S. border.

While leading a recent GOP delegation to visit the border, Rep. James Comer (R., Ky.) said more government investments in the region wouldn’t deter migrants from making the journey to the U.S. “We’ve been giving foreign aid to a lot of those countries for decades, and it’s only gotten worse,” he said.

Ms. Harris has said that private-sector investment along with help from nonprofits and the United Nations could speed up progress in the Northern Triangle. “We must think beyond government,” she said in a speech earlier this month to the Council of the Americas, a business group that focuses on economic and social development in the Western Hemisphere.

One potential hindrance for companies has been corruption. The Northern Triangle countries are among the most corrupt in the world, according to Transparency International’s annual Corruption Perceptions Index, a global survey of 180 countries.