Biden and his broken foot story – Anyone really believe him?

Am I the only one that thinks Biden’s story about his fractured foot makes little sense? Finally someone questions him.

Let me start here. Seriously? A CAT scan for a broken bone in the foot? No x-ray or MRI? It would seem the more plausible. I had read where he was going to have to wear a “boot a couple of weeks.”  I have had friends with the same injury and it was no couple of weeks. Better yet? Now he claims he has several versions of his boot so “boot light” is worn for the interview included in this post. 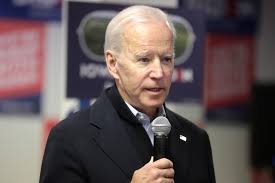 We never know where he gets the CAT scan.

Joe Biden supposedly slipped and fractured his foot while playing with his German shepherd named Major on Saturday.

But he hid it from the media for a full 24 hours.

Joe Biden’s team also tried to block the media by maneuvering a press van so that reporters and photogs couldn’t see Biden as he entered the orthopedic office last weekend.

Translation: Alleyway is no doubt a hallway:

"I’m walking through this little alleyway to get to the bedroom and I grabbed the ball like this and he ran and I was joking running after him to grab his tail. And what happened was he slipped on a throw rug and I tripped on the rug he slid on" pic.twitter.com/o9ARgpJpfD

Perhaps lunch bucket Joe got a little dizzy and who knows….

It’s a Friday here at the bunker … not much juice left in the tank from all the hearings.

Let me end with a video that someone should show Joe. What can happen when you don’t keep up with your food taster checking things out or visit Fort Marcy Park. Joe’s days are numbered. You betcha.

Just for laughs and giggles. A reminder of the deep state.

Other than the lying weasels, all is well in the swamp.

21 Responses to “Biden and his broken foot story – Anyone really believe him?”