The sleeper report put out by the Senate of the Biden malfeasance has been out for almost a month. As Newt Gingrich keeps saying, read the report. Even better yet, let me include the audio of taped phone conversations that include Kerry and Biden which make clear that corruption was the order of the day with Ukraine.

WASHINGTON — U.S. Senators Ron Johnson (R-Wis.), chairman of the Senate Homeland Security and Governmental Affairs Committee, and Chuck Grassley (R-Iowa), chairman of the Senate Finance Committee, released a report that revealed millions of dollars in questionable financial transactions between Hunter Biden and his associates and foreign individuals, including the wife of the former mayor of Moscow and individuals with ties to the Chinese Communist Party.

Read the report- link below to overview: 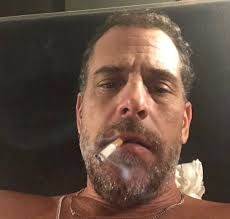 A copy of the full report is available here.

Copies of the investigation’s interview transcripts and exhibits are available here.

The Bidens have denied any wrongdoing, however depositions from former Ukrainian officials  who were directly involved, as well as leaked recordings between Joe Biden and former Ukrainian President Petro Proroshenko have painted a picture of textbook corruption. Notably, Ukrainian parliamentarian Andriy Derkach was sanctioned by the Treasury Department for “spreading disinformation to ‘undermine’ the former vice president” when he leaked several recordings of “voices similar to Poroshenko and Biden” discussing the quid-pro-quo, which Derkach says a journalist gave to him.

Note about half way through is an ad to subscribe. Wait a few seconds and the report continues.

It would be great if the media could bother reading the reports and exhibits. Just saying. Other than that all is well in the swamp.