The attention has been on California’s power outages due in part to lawsuits in the Billions of dollars and fear of more liability for PG&E. Being held liable to this tune does nothing in fixing their problems. I connected the dots previously. Blame the government not PG&E Utility for CA fires and power blackouts 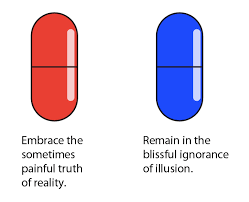 Here is another train wreck in the works.  New York has banned all things energy. What is known as the Williams pipeline has been blocked. National Grid says it cannot add any new customers since there is no way to increase supply. Now Cuomo has ordered that new customers be added even though there is not enough energy to meet the demand.

“…Mr. Cuomo has ordered the utility National Grid to resume natural-gas hookups that were suspended after his senseless pipeline veto this spring.”

Guess how this will end. Let’s connect these dots. One doesn’t need to be a Mensa candidate.

What happens when you don’t add any new supply lines? Last may I posted

For eight years, New York Governor Andrew Cuomo has capitulated to the eco-left. From preventing the construction of needed pipelines to banning fracking, he has implemented an extreme environmentalist agenda.

Now, the consequences of those decisions are hitting New York residents hard.

Earlier this year, it was reported how New York is facing shortages of natural gas, even though it has plentiful shale reserves and shares a border with Pennsylvania, a state that also has shale reserves. As the Wall Street Journal noted, “The reason for the shortage is obvious: The Cuomo administration has repeatedly blocked or delayed new pipeline projects. As a Con Ed spokesman put it, there is a ‘lot of natural gas around the country, but getting it to New York has been the strain.’”

New York is not alone…earlier;

Trump huffs and puffs over Merkel’s arrangement for one big beautiful pipeline to run from Putin’s domain into the heart of Germany, guess who is dependent on the very same Nat gas from Putin? Massachusetts for one, and the rate the environmentalists are going, more of us to come.

An excellent example of just what has been allowed to happen that puts Americans at risk by a few nitwits. There, I said it and I cut to the chase.

Even the Boston Globe opined that “Massachusetts’ reliance on imported gas from one of the world’s most threatened places is also a severe indictment of the state’s inward-looking environmental and climate policies.”

Now back to the kerfuffle:

The New York Post says lawmakers are confused by Cuomo’s claim they get to decide on the Williams pipeline. In an editorial, the Wall Street Journal says Cuomo blocking the pipeline and then blaming National Grid for the moratorium is “another parable of how the political campaign to ban fossil fuels is detached from energy and economic reality.”

Yes… this is how it works New Yorkers:

“To add additional service would pose a risk to the integrity of our system and compromise natural gas use for our existing 1.8 million customers in New York City and on Long Island,” said Karen Young, the National Grid spokesperson. The result is that, while existing customers are unaffected, those attempting to get a new hookup are denied new service.

Other than that, all is well in the swamp. For the best in conservative news push the button.