One quarter of the nation’s homeless persons live in California … in raw numbers, according to the US Department of Housing and Urban Development, 135,000.

Of this number, 42,600 homeless persons are sheltered, courtesy of the California taxpayer; 92,400 are unsheltered —which is to say, living in front of people’s homes and businesses in California’s largest cities.  California’s homeless population increased 14% between 2016-2017 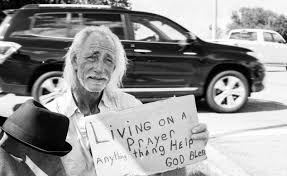 Los Angeles County had the highest population of homeless individuals in California, second only to New York City.  In New York, an additional 90,000 homeless persons are living at the public’s expense.  The difference is that in New York, 95% of these people are sheltered.  In Hawaii, another bastion of progressive policies, 510 people out of every 100,000 is homeless.

In each of these states, homeless numbers have steadily increased since 2007.  We can thank progressive policies under Barack Obama and the incompetent governments of California, Hawaii, and New York, but it will be difficult to find any reportage of it in the mainstream media complex.

Who are these people?

What is California doing to address this problem?

Before we get to that, here’s what these politicians aren’t doing: they are not creating state-run mental institutions.  Efforts to address mental instability, alcoholism, and substance abuse is inadequate.  Where do these people obtain the money for alcohol and drugs?

The answer to this question may be found in the crime statistics in these states.  In California, of 100,000 in population, 414 burglaries, 390 stolen vehicles, 1,560 larcenies, 137 robberies, and 265 aggravated assaults.  California has plenty of money for incarceration, hardly any at all to get these people back on their feet so that they can re-enter the workforce.

In 2018-2019, California earmarked $5 billion to shelter their homeless.  An additional $500 million was spent to provide mental health services and support victims of domestic violence.  What they are doing, in effect, is spending California’s limited financial resources to shelter the homeless, and issue band-aids to those suffering with sucking chest wounds.  They are not addressing the real problems, which include California’s high rents and the fact that their education programs are a failed system.  What California is doing, beyond spending money, is —not much.

What are hardworking Californians, Hawaiians, and New Yorkers doing to address the problem?  The answer is simple.  They are reelecting the same politicians who created this problem to begin with, which since 2007 has only gotten worse.  Apparently, it has never occurred to these hard-working people that they are the problem.  Rather than addressing the cancer that is progressive politics, liberal voters instead rail against Donald J. Trump and then go to bed at night thinking that they did something important.

Anyway, we keep hearing about all these “conservative” Californians being held captive by their communist government.  Thousands of people are moving out of California to such places as Texas and, if true, this could help to explain California’s consistent love affair with Communism.

It’s about all that remains in California.  Maybe it’s also true that there’s too much fluoride in the water out there, an issue that first came up in the 1940s and 1950s.  Maybe our grandparents were right. 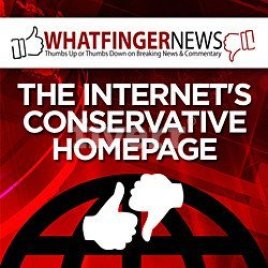 26 Responses to “Homelessness – Just the Facts”

« Blame the government not PG&E Utility for CA fires and power blackouts
Sunday: In memory of the Knight Templar’s terrible October 13 »
Loading Comments...
%d bloggers like this: