Closing immigration centers that hold 18,000 people should rank close to the top of the list in asinine decisions. Add a couple more thousand of California prisoners that no doubt will end up on the street, thus able to have their way with honest citizens. Governor Newsom has said previously he supports the bill: 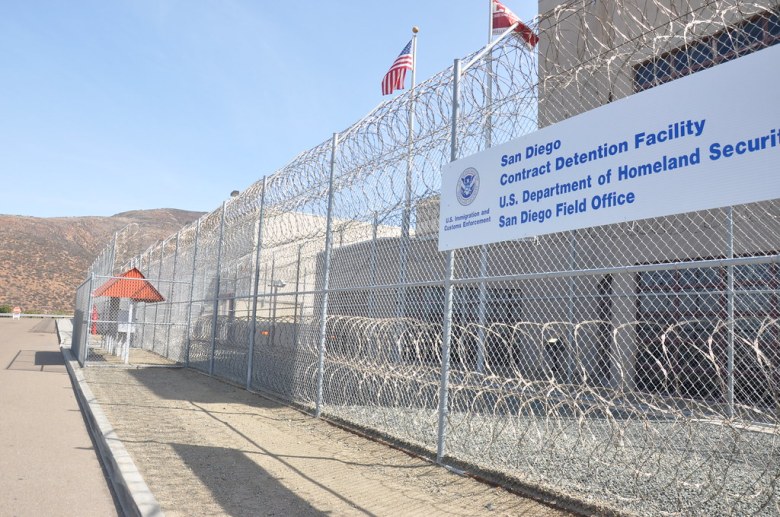 California lawmakers passed a bill on Wednesday banning private prisons from operating in the state – a move which will likely also lead to the closure of four large immigration detention facilities that can hold up to a combined 18,000 people, according to The Guardian.

The move is a dramatic shift for California, which used to rely on private prisons to reduce overcrowding in state-run facilities.

Private prison companies used to view California as one of their fastest-growing markets. As recently as 2016, private prisons locked up approximately 7,000 Californians, about 5% of the state’s total prison population, according to the federal Bureau of Justice Statistics. But in recent years, thousands of inmates have been transferred from private prisons back into state-run facilities. As of June, private prisons held 2,222 of California’s total inmate population. –

There are currently four private prisons in California operated by the Geo Group, whose contracts expire in 2023 and cannot be renewed under the new legislation, unless ordered by a federal court in order to reduce overcrowding.

In addition to signaling a major criminal justice reform, AB32 also has become a flashpoint in California’s fight with the Trump administration over the treatment of immigrants.

The bill’s author, the assemblymember Rob Bonta, originally wrote it only to apply to contracts between the state’s prison authority and private, for-profit prison companies. But in June, Bonta amended the bill to apply to the Immigration and Customs Enforcement agency’s four major California detention centers.

Bonta’s amendment, say immigrant rights advocates, appears to have caught Immigrations and Customs Enforcement (Ice) and the private prison companies at a moment when their current contracts are expiring. The result is that instead of slowly phasing out immigration detention centers as their existing contracts expire years down the road, most will face closure next year – unless Ice and its private prison contractors find a workaround. –The Guardian

« Andrew Yang “ I’m Asian so I know a lot of Doctors” humor!
Sunday Respite – Sweet Dream »
%d bloggers like this: