Newsweek: Time to re-think the taboo on cannibalism?

Newsweek just published an article saying we should rethink the taboo on cannibalism. This is when you realize the evil, diabolical, anti-human, genocidal tendencies of the Left are real. The British magazine The Economist starts the ball rolling.

Earlier this week, I posted The Economist alarmed that poor people are eating more meat around the world

Poor people eating more meat means it is ‘bad news for the environment.’ That means they will live longer, healthier lives. More global warming. Poor people. They need to start thinking of the environment instead of survival and what not.

It included a chilling video that only a few years ago would have been unheard of to even consider publishing. If that wasn’t chilling enough, now we have Newsweek. It almost seems to be an orchestrated plan in attempting in de-sensitizing us.

Read the Newsweek post if you have the stomach for it. Breitbart picks up the tale.

Since cannibalism is found throughout the animal kingdom and therefore is something natural, perhaps it is time for humans to rethink the “ultimate taboo” against eating human flesh, Newsweek proposes in an article this week.

There is nothing necessarily unethical or unreasonable about eating human flesh, declare psychologists Jared Piazza and Neil McLatchie of Lancaster University, but careful reasoning over the merits of cannibalism is often “overridden by our feelings of repulsion and disgust.

Adapting to the unfamiliar

”We suspect that we could adapt to human flesh if need be. Many people develop disgust for all kinds of meat, while morticians and surgeons quickly adapt to the initially difficult experience of handling dead bodies. Our ongoing research with butchers in England suggests that they easily adapt to working with animal parts that the average consumer finds quite disgusting.

While not going so far as to recommend cannibalism, saying “there is no need to overcome our repulsion for the foreseeable future,” the two authors suggest that humans could master their aversion for human flesh if they needed to.

Here an everyday ordinary woman feels compelled to respond and does it in a sobering and thoughtful way. Well worth watching. As she comments “The mask is slipping.”

Breitbart: Newsweek- Time to rethink the taboo on cannibalism

To end on a much happier note, I leave you with this….

Welcome readers from Whatfingernews. Thanks for the link.. 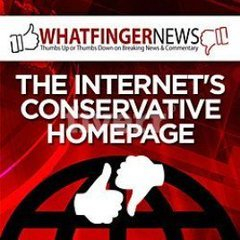 39 Responses to “Newsweek: Time to re-think the taboo on cannibalism?”

« Talib’s Palestinian village one of the richest – Grandmother not deprived
Sunday Respite – Yesterday »
%d bloggers like this: