Life —it’s all about them 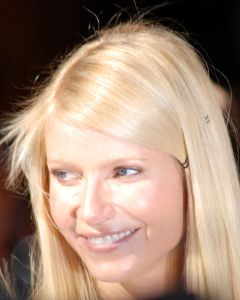 It’s pretty amazing when you think about it … how rich and arrogant leftists are, how they will do anything to enrich themselves further, all the while pretending that they give a damn about “the people.”  I read this example of financial greed a week or so ago … thought I’d share.

The actress Gwyneth Paltrow (a leftist-weirdo if ever there was one) wasn’t content to rake in millions in the film industry, so she started a company called Goop.  No, really —that’s what she calls it.  The company sells “healthful” products to help the little people. She calls it her lifestyle brand.  Some examples of her products include GTOX 5-salt detox body scrub, Martini Emotional Detox Bath Soak, Replenishing Night Crème, and Revitalizing Day Moisturizer.  She calls one wellness product He Shou Wu rejuvenation tonic; it’s a supplement selling for about $73.00.  You can get a charcoal stick for just under $30 —but I’m not quite sure what you’re supposed to do with it.

A British newspaper recently described the Paltrow products as Gobbledy-Goop and they’ve called her out on some of her ridiculous claims.  Ignoring these criticisms, she actually appeared on BBC to defend her brand, even claiming that the company hires its own scientists to help develop quality products.

Perhaps Gwyneth misspoke; perhaps she meant to say that her company hires its own pseudoscientists.  Real scientists are telling BBC that Paltrow’s claims are only this: fraudulent.  Dr. Edzard Ernst, who is an emeritus professor of medicine at the University of Exeter said, “The only evidence her products are supported is that they render Mrs. Paltrow richer and her gullible customers a little poorer.”  Dr. Les Rose, a retired medical researcher added, “This subculture of alternative health is actually very harmful.”

Well, no matter … Paltrow won’t be dissuaded.  “We really believe there are healing modalities that have existed for thousands of years and they challenge maybe a conventional western doctor that might not believe necessarily in the healing powers of essential oils or any variety of acupuncture —things that have been tried and tested for hundreds of years … and we find that they are very helpful to people and that there is an incredible power in the human body to heal itself.”

Here’s a sample of her healing modalities (raucous laughter is authorized):

She sells Jade Eggs.  The company ran a televised interview with a beauty guru who advocated that women should put jade eggs inside their vaginas to increase their sexual energy.

The company also recommends Vaginal Steaming to clean the female insides.  This is where a client sits on a mini-throne and a combination of infrared and mugwort steam cleans the uterus.  Paltrow wrote, “It is an energetic release that balances female hormones.”  One [real] doctor opined: “It is probably not a good for the vagina.  Herbal steam is no better and possibly worse.  Mugwort, when steamed, either vaginally or on the vulva, can’t possibly balance any reproductive hormones, regulate menstrual cycles, treat depression, or cure infertility. Most definitely never do that,” he said, “as there are risks of burns at a place where you don’t want any.”

Goop recommends that women never wear tight bras because it can increase the risk of breast cancer.  Now this is a topic that scares most women.  Experts, on the other hand, say that the claim is “bad, unscientific, and maddening.”  Why would Paltrow do such a thing?

Finally, Paltrow’s company sells Moon Dust.  Yep.  It’s a range of powdered herbal remedies said to work synergistically at the deepest levels to enhance one’s beauty, brains, body, sexual energy, sleep, and spirit.  Paltrow herself is said to sprinkle moon dust in her morning smoothie.  On the other hand, bona fide nutritionists say that its ingredients are a mixture of Chinese herbs and medicines and there is no evidence that it has any value to human health.

Paltrow had to pay out nearly $150,000 for making the false Jade Egg claim, but she remains undeterred.  She and fellow nut bag Demi Moore toasted ten successful years selling their snake-oil modalities to people who are dumber than they are.

I suppose it all comes down to this: either Gwyneth Paltrow seeks to enrich herself by taking advantage of mentally fragile people, which is typical of most leftists here in America as well, or if she truly does believe in the healing power of Vaginal Steaming, she ought not be allowed to walk around without the supervision of an adult caretaker.