We just learn that Ms Reality Winner is soon to be sentenced and facing years in prison. Maybe ten but not long enough by twice. I have dug deep into Ms Winner. It will be claimed she is a “mental case.” But she is far far more. Follow me down the rabbit hole and get out your extra strength tin foil.

“A Georgia woman who mailed a secret U.S. report to a news organization faces the “longest sentence” ever behind bars for a federal crime involving leaks to the news media, prosecutors said in a court filing.

Former National Security Agency contractor Reality Winner, 26, is scheduled to be sentenced Aug. 23 by a U.S. District Court judge in Augusta. She pleaded guilty in June to a single count of transmitting national security information when she worked as a translator at an NSA facility in Augusta.

Winner’s plea deal with prosecutors calls for imprisonment of five years and three months. But the sentencing judge isn’t bound by that agreement. Winner’s crime carries a maximum penalty of 10 years.” From Gateway Pundit

An NSA document purporting to show Russian military hacker attempts to access a Florida company which makes voter registration software is sent anonymously to The Intercept. A low-level NSA contractor, Reality Winner, above, is arrested almost immediately. What’s wrong with this picture? A lot. 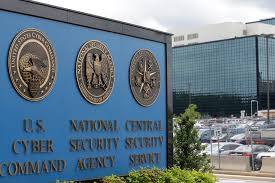 This is an odd thing. Cue up the conspiracy theories.

On a strange and bizarre note, why did the contractor she was employed by just since Feb 2017, for the most part only hire ex military women in their 20’s?

Interesting to note also that she gave the info to The Intercept who is run by the same guy that Snowden gave stuff to. Maybe Chelsea Manning can explain it. Better yet, in just four short months on the job she just happened to come upon and leak the story that The Intercept published about Russia’s so called interference in last year’s presidential election. Her bailiwick was Afghanistan intelligence. Just two cute by twice.

I encourage everyone to check them out for the complete story. 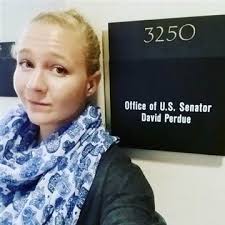 sense. I do believe Reality Leigh Winner who leaked Top Secret Documents was a willing patsy. Who it was that orchestrated the event in particular I won’t speculate.

I believe there were more involved. I believe also she was probably groomed for what happened. No less than ISIS grooms its potential converts. While in the Air Force her office was in the NSA building. I give you this fact to think about:

It’s the private sector with its 854,000 contract personnel with top-secret clearances, “a number greater than that of top-secret-cleared civilian employees of the government.”

I will let you wander over to Antiwar.com  and let Peter Van Buren do the theory thing about who benefits from Ms Winner’s illegal activity titled “Hey Intercept, Something Is Very Wrong With Reality Winner and the NSA Leak.” I agree with him.

I conclude with a segment from an earlier post: Are we about to inherit a Totalitarian State? The Silent Coup  October 25, 2016 — bunkerville. This was posted prior to the election.

“The Deep State, which “operates according to its own compass heading regardless of who is formally in power,” makes a mockery of elections and the entire concept of a representative government.”

Zero Hedge ties up the loose knots and gives us a string of tin foil that is worth consideration.

So who or what is the Deep State?

…. It’s the fusion centers and spy agencies that have created a surveillance state and turned all of us into suspects. It’s the courthouses and prisons that have allowed corporate profits to take precedence over due process and justice. It’s the military empire with its private contractors and defense industry that is bankrupting the nation.

It’s the private sector with its 854,000 contract personnel with top-secret clearances, “a number greater than that of top-secret-cleared civilian employees of the government.”

It’s what former congressional staffer Mike Lofgren refers to as “a hybrid of national security and law enforcement agencies”: the Department of Defense, the State Department, Homeland Security, the CIA, the Justice Department, the Treasury, the Executive Office of the President via the National Security Council, the Foreign Intelligence Surveillance Court, a handful of vital federal trial courts, and members of the defense and intelligence committees.

It’s every facet of a government that is no longer friendly to freedom and is working overtime to trample the Constitution underfoot and render the citizenry powerless in the face of the government’s power grabs, corruption and abusive tactics. More at Zero Hedge

Senator Inouye,in 1987, summarizes here the coverup of the US Shadowy Government involvement; by saying:

“There exists a shadowy Government with its own Air Force, its own Navy, its own fundraising mechanism, and the ability to pursue its own ideas of the national interest, free from all checks and balances, and free from the law itself.”