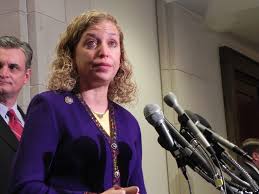 Ho hum. Debbie Wasserman-Schultz, who as head of the DNC rigged the primary for Hillary, ordered her own opponents ballots be destroyed. So goes the tweet. Meanwhile the witch hunt goes on for Russian meddling. All these horrendous stories, so little time, and who cares anyway:

In light of the ruling, Gov. Rick Scott’s administration — which has expressed concerns with how Broward County Election Supervisor Brenda Snipes has handled the case — told POLITICO that he’s reviewing the judge’s order and will have her office monitored.

Tim Canova, a Nova Southeastern University law professor who ran against Wasserman Schultz in 2016 and is challenging her again this year as an independent, said Scott should suspend Snipes for destroying the paper ballots while his lawsuit was ongoing. Snipes has said it was a mistake and has noted her office made copies of the ballots. (Laugh line here)

Wasserman Schultz’s office said it had nothing to do with the decision by Snipes’ office to destroy the ballots.

But Snipes’ lawyer, Norris-Weeks, insisted in one hearing that she “certainly could get [a sworn statement] from Debbie Wasserman Schultz” to say that “she knows that they’re preparing a documentary, and they’re running all around talking to different people trying to do that.”

Canova has denied the accusation but noted that it suggests communication between the two offices. Full story at  Politico