Clapper, Tapper Have ‘Serious Problem’ If they Leaked Info about Dossier 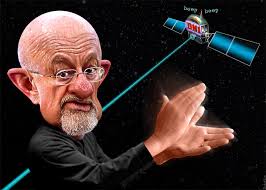 The noose is making a slow turn and the question is will we nail Clapper? The little weasel deserves it, and Tapper may be in big trouble. Paging Jeff Sessions. Included is an excellent analysis by Jonathan Turley.

Constitutional law professor Jonathan Turley said that James Clapper could have a “serious problem” legally if he leaked information to CNN about the Trump-Russia dossier.

Clapper, the former director of national intelligence, said in a March 12 CNN interview that he had no contact with anyone from the media until after he left the government.

The House Intelligence Committee, though, found in a heavily redacted report that he provided “inconsistent testimony” about his contacts with the media regarding information leaks.

The report released Friday by the House Intelligence Committee regarding its investigation into alleged Russian collusion by the president’s election campaign appears to contain a stunning truth bomb about CNN host Jake Tapper: He may have participated in political espionage, according to one high-profile attorney.

In early 2017 he allowed then-National Intelligence Director James Clapper to leak information to him about the infamous Trump dossier and about a high-level government meeting held between then-President-elect Donald Trump and then-FBI Director James Comey.

Afterward Tapper and three of his colleagues published a story containing the information Clapper had provided him, including info about the highly classified dossier.