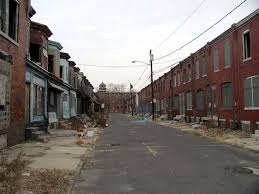 I suggest the new Governor take a wander via the city of Camden on his way to the Governors mansion. I could say it was a sh*t hole, but that topic has run out of steam for me. I could list a dozen other cities of the so-called garden state but I think you get the drift. The Dems are placing all their chips on illegals for the upcoming fall elections. Good luck with that. Let’s get it over with. If the majority of America wants to commit suicide and vote the Dems in let’s have at it. DACA worth shutting down the government?

Murphy, a Democrat who held the ambassador post under President Barack Obama after several years as a Goldman Sachs executive, said the agency would be called the Office of Immigrant Defensive Protection.

“DREAMers… are every bit as American as my four kids,” he said at a debate with outgoing Lt. Gov. Kim Guadagno (R) in Newark.

“We will stand up to this president. If need be, we will be a sanctuary not just city but state. This is America… Mr. President, not in the state of New Jersey,” he said at the time. More at Fox