D.C. Court smacks down Trump in attempt to overturn Obama made EPA ‘Rule’

The USA had now turned into nothing less than a country ruled by Progressives courts. Obama made a rule that some bureaucrat, not Congress, made and the D.C. Court in a 9-2 decision does not permit Trump to over turn it. This is just the beginning. The friendly Obama loaded  D.C. Court will strike down more of Trump’s roll backs no doubt. Hopes for Obamacare rule roll backs can be forgotten: 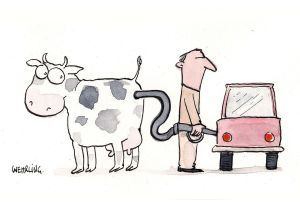 The U.S. Court of Appeals for the District of Columbia made the ruling after the court decided in July that the EPA unlawfully delayed acting on former President Barack Obama’s methane rule, which sets greenhouse gas emission levels and requires the energy industry to fix leaks.

EPA Administrator Scott Pruitt sought a two-year pause on the rule so the agency could “look broadly” at a host of Obama-era rules. The oil and gas industry opposes the regulation, arguing it’s unnecessary and duplicative of already existing rules. The industry also self-regulates methane leaks.