While we are dealing with our civility, the world moves on. We certainly have our priorities. 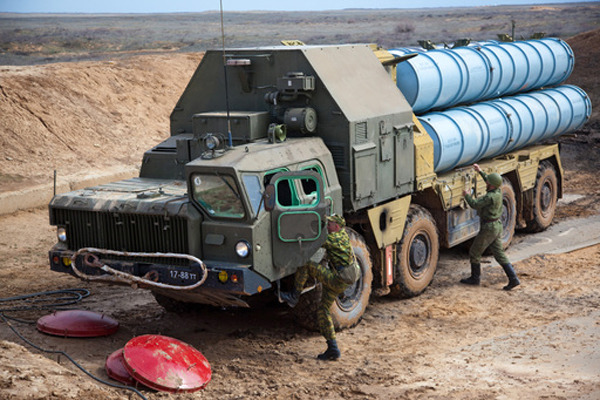 The S-300 system was first deployed by the Soviet Union in 1979, designed for the air defense of large industrial and administrative facilities, military bases, and control of airspace against enemy strike aircraft.

And a stunning slide show can be found at Pravda RU..propaganda arm of Russia Photo Album Here

RU: Will S-500 system be good against Minotaur IV 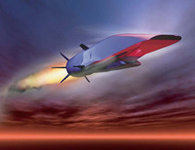 Now do I have this straight? The Russians tell us we cannot have a missle defense system with the new START treaty, but they are moving along with their little numbers??

On December 16, Russian military experts gathered for a round table discussion organized by RIA Novosti news agency. The experts came to conclusion that one of the major tasks for the future missile defense system would be the struggle against hypersonic weapons of potential enemies.

Igor Korotchenko, an official with the Russian Defense Ministry, said during the conference that NATO countries, particularly the USA, had been developing a new generation of hypersonic strike weapons and hypersonic missile weapons (Prompt Global Strike).

It will be highly complicated to intercept the new missiles with the use of contemporary anti-missile systems. The flight-in time of the new weapon in comparison with air-based cruise missiles is reduced to mere minutes, which makes it impossible for the attacked side to take defense measures.

The Americans say that the hypersonic arms will be built to destroy terrorists, first and foremost. However, according to the documents of NATO’s AGARD group, the hypersonic missiles will be developed to strike enemy’s reinforced objects, ABM and AD systems, to obtain supremacy in the air, to effectively intercept ballistic missiles and destroy hypersonic assault weapons. More here from Pravda RU 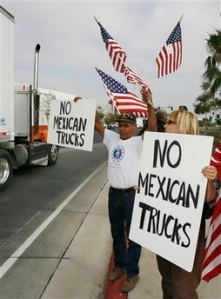 Obama and Mexico agree to trucking across borders

Just what we need. Now that we have Daley, let’s get the trucks a rollin. When are we goinig to start taking care of the United States self interest? World Trade, NAFTA, none of these help us out. At first when I heard Donald Trump was considering running for President, I thought, now that is a joke. The more I hear from him, the more I like him. The first person to come out and say America First. The time is now.

The Obama administration announced a proposal last week to resurrect a controversial program that gives Mexican cargo trucks access to American highways.  (New York Times, Jan. 6, 2011) This announcement comes after a two-year ban of the cross-border trucking program with Mexico and was made the same day President Obama appointed William Daley to be his White House Chief of Staff.  (NBC Chicago, Jan. 6, 2011) Daley, who served as Secretary of Commerce under President Clinton, is considered one of the “architects” of the North American Free Trade Agreement (NAFTA), which took effect in 1994.  (The Washington Post, Jan. 6, 2011)

According to a NAFTA arbitration panel, a cross-border trucking program included in the agreement requires the United States to allow trucks from Mexico and Canada access to American highways.  (Secretariat File No. USA-MEX-98-2008-01)  If a country refuses compliance with this agreement, either country has the authority to initiate sanctions against the United States.  (Id.)  Although President Clinton signed the agreement into law, he originally refused to implement the cross-border trucking provision.  (Id.)  After Mexico successfully filed a complaint with the NAFTA tribunal, President Bush implemented a pilot program to begin allowing cross-border trucking.  (Id.)

More at Right Side News

Humor me while I throw in my two cents. Perhaps it was the raucous whooping. Perhaps it was the opening ceremony with the Chief blessing all above, below, here, there, everywhere. Maybe it was the Holder and Napolitano reading the scriptures. No one of the cloth this time to invoke the spiritual. Janet shouting out “hello Tucson, hello Arizona” didn’t awaken my empathy, but perhaps it was her reading of Isaiah. “Make straight in the dessert a highway” that came to mind and did not bring up a good visual.

His speech rang hollow for me, for I know what the man is about.

“Yes she can, yes she can, she opened her eyes” coming from the messiah. That was the pivotal moment for me.

Family members who had lost loved ones, must have been stunned at this pep rally. Their loved ones will never, ever open his or her eyes again. What must they have felt? The first salvo in the forth coming re-election campaign.

Have times changed this much since George Bush and his moment of condolence at Virginia Tech?