Barack Obama, coming from that culture, wants the nation to do the same. The Wall Street Journal is reporting the Obama administration is banning internships within private businesses.

Ponder that — Barack Obama is destroying another aspect of the free enterprise system.

Barack Obama is telling teenagers and college students, who are now suffering through a 26% unemployment rate, that they are not allowed to volunteer their time in the free market in exchange for acquiring valuable and relevant job skills that might, just might, get them off the unemployment line — and that ignores the ability to make valuable connections through networking in the workplace and build relationships for future careers and opportunities. The lost opportunity just of the loss of networking and relationship building is overwhelming and will put some college students who did not go to the right school or belong to the right fraternity or sorority or come from the right town at a serious, serious disadvantage.

“If … you want to pursue an internship with a for-profit employer, there aren’t going to be many circumstances where you can have an internship and not be paid and still be in compliance with the law,” the Labor Department’s Nancy J. Leppink tells the New York Times.

The Times also quotes Trudy Steinfeld, director of New York University’s Office of Career Services, regarding opportunities for unpaid internships. “A few famous banks have called and said, ‘We’d like to do this,’ said Ms. Steinfeld. “I said, ‘No way. You will not list on this campus.’” To be fair, she doesn’t want a Labor Department enforcer knocking on her door next week. But we wonder what NYU students trying to get their feet in the doors of financial firms think about Ms. Steinfeld rejecting opportunities on their behalf”.

How all of this helps young people who are trying to develop marketable skills is a mystery.

Pat Toomey has taken a 46 percent to 41 percent lead over Sen. Arlen Specter in the U.S. Senate race in Pennsylvania, a new Quinnipiac poll shows, as the health care law remains unpopular among voters in the key swing state and President Obama’s job approval rating has turned negative.

As for the president himself, his rating has turned negative, with 49 percent disapproving of his job performance, compared with 45 percent approving.http://spectator.org/blog/2010/04/08/toomey-leads-specter-obamacare

Sestak not catching up to Specter

U.S. Rep. Joe Sestak is not closing ground on Sen. Arlen Specter in his bid to wrest the Democratic nomination from the five-term incumbent, according to a Quinnipiac University poll released Wednesday.

Mr. Specter has a 21-point lead over the Delaware County congressman, 53 to 32 percent, among the likely Democratic voters polled, with 15 percent undecided. With less than six weeks before the May 18 primary, Mr. Sestak would still not catch Mr. Specter even if all the undecided voters go his way, putting the incumbent in “solid shape” to get the nomination, according to the university’s Peter A. Brown.
Read more: http://www.post-gazette.com/pg/10098/1048760-454.stm#ixzz0kWLe4VtD

British Jobs? All since 1997 have gone to a Foreigner

Now here is a lesson for the learning. Let us take heed.

Labour’s betrayal of British workers: Nearly every one of 1.67m jobs created since 1997 has gone to a foreigner.

Immigration was at the centre of the election campaign today as it emerged that virtually every extra job created under Labour has gone to a foreign worker. Mr Brown rejected the idea of an immigration quota, which he said would do ‘great damage to British business’.

Arguably, the most damaging charge of them all. New Labour’s election manifestos made little or no mention of immigration policy.

But according to a draft report by the Cabinet Office, written in 2000, ministers had a secret plan to ‘maximise the contribution’ of migrants to the Government’s ‘social objectives’.

Former Labour advisor Andrew Neather, who worked on the report, said the aim was to ‘rub the Right’s nose in diversity and render their arguments out of date.’

For much of the last decade, Britain has been a magnet for illegal immigration and it has never been possible to put a definitive figure on the numbers entering this way.

Migrants mass at the Sangatte refugee camp near Calais, then smuggle themselves into the UK, often hidden in lorries.

The stowaways vanish into a black economy estimated to be worth billions of pounds.

Umar Farouk Abdulmutallab was given a student visa before his Christmas bombing attempt.

Handing out passports to foreign nationals is how the Labour Government changed the make-up of society for ever. In 1997 just 37,010 people were given citizenship.

Last year the Home Office approved an all-time record 203,865 applications, an increase of 58 per cent in a year.

Ministers have repeatedly promised to toughen citizenship rules, most recently by insisting migrants must earn a passport by doing voluntary work.

Labour has never recovered from the mayhem which occurred at the start of this century, when a record number of asylum seekers poured into the UK.

Even on conservative estimates, it has left around 285,000 failed claimants living in Britain – but the number being removed is falling.

The Government’s target of concluding 90 per cent of asylum cases within six months by December 2011 has been dismissed as ‘unachievable’ by Independent Chief Inspector of the UK Border Agency, John Vine.

Only a third of failed asylum seekers – 7,850 out of the 26,832 served with deportation notices – were actually removed in 2008. Inspectors have recently identified a new backlog of 40,000 cases massing in the asylum system.

Britain’s jails have been turned into what the Tories have called a ‘United Nations of crime’ containing inmates from 160 different countries.

The 11,546 foreign nationals represent one in every seven inmates in our prisons. They range from murderers and rapists to burglars, paedophiles, drug dealers and thieves.

There are only 192 member countries of the United Nations, so all bar 32 are represented in the British prison system.

The vast number of overseas inmates is a major factor behind the overcrowding which has led to the early release of UK criminals.

Figures suggested an extraordinary 98.5 per cent of 1.67million new posts were taken by immigrants.

The Tories seized on the revelation as evidence that the Government has totally failed to deliver its pledge of ‘British jobs for British workers’.

Obamacare Rationing: “Power of No” 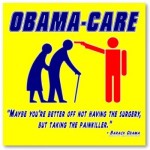 Great Piece over at  Rightwingnews:

David Leonhardt spends about a 1,000 words in the New York Times banging around the edges of what has to be done by government to cut health care costs. Or, as he calls it “In Medicine, the Power of No”. He wonders if we can every really learn to say “no”. And, of course, he’s talking about saying no to sick people, to patients – denying them care.

From an economic perspective, health reform will fail if we can’t sometimes push back against the try-anything instinct. The new agencies will be hounded by accusations of rationing, and Medicare’s long-term budget deficit will grow.

So figuring out how we can say no may be the single toughest and most important task facing the people who will be in charge of carrying out reform. “Being able to say no,” Dr. Alan Garber of Stanford says, “is the heart of the Heart of the Issue.”

If you really want to know how this “Power of No”  works- please– a  must read: http://blog.contempomag.com/2009/08/13/the-obama-rationing-plan-why-senior-fears-are-real/ 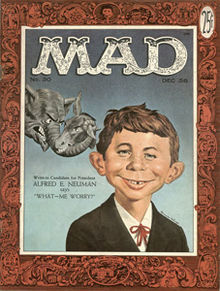 Columbia Prez: “Watch out for the Commies”

U.S. President George W. Bush welcomes Colombia's President Alvaro Uribe, left, with a drive in his pickup truck at his ranch in Crawford, Texas, Thursday, Aug. 4, 2005. Drug trafficking, terrorism and trade topped the agenda for the meeting at the ranch where Bush likes to conduct homespun diplomacy away from the formality of Washington.

I know, Trade Unions don’t fare so well in Columbia. That why we are holding up the trade deal with them. Chavez is much more Obama’s type, big hug type thingy with him as you recall. Iffy friend though. Chavez has a tendency to say to POTUS not so nice things. Our friends are getting fewer and fewer South of the border– might want to extend that ole hand you promised?
Colombia’s president warns investors against Communist countries that won’t respect their rights.

CARTAGENA — Colombian president Alvaro uribe made a strong defense today for the private sector and denounced what he called “plebiscite communism.”

“Without private initiative, there is no prosperity,” he told the World Economic Forum Latin America in Cartagena today.

“In sectors of world capitalism, in the private sector, in governments and companies, we`re seeing permisiveness with the new plebiscite communisms,” he said, “Many countries and many companies simply want to be  …permisive with these governments, in the wrongful belief that these governments will respect their rights.”

He did not name the countries, but his description fits with countries like Bolivia and Venezuela, which hold frequent plebiscites while increasing state control over their economies and limiting basic political freedoms.

In contrast, Colombia has offered investor protections, while improving security, Uribe pointed out. “Security is a democratic value,” he told more than 500 business, government and civil society leaders from 42 countries. “It is one of the foundations without which investment cannot come.”