Hats off to the “Foundry” who predicted how this “Shell” was planned back in September and the steps of this complicated process. http://blog.heritage.org/2009/09/22/passing-a-shell-of-a-bill-how-congress-plans-to-ram-through-health-care-reform/ A must read to see how it plays out.

Larry O’Donnell has emphatically proclaimed that the way Dems intend to use reconciliation is “unprecedented” and has “never, never, never” been so used before. Larry was on Morning Joe-take a look: https://bunkerville.wordpress.com/2010/03/12/odonnell-reconciliation-never-never-never-been-used-like-this-before/

Shocking turn of events… while Reids family lays in the Hospital, he is out there beating this ugly drum. Here is a link to see where your congressman stands: http://www.hannity.com/pages/stop-obama-care       Thanks to Sean Hannty

Rep. Paul Ryan says that Democrats are ready to ram a “shell” health care bill through the Budget Committee, on which he serves as ranking Republican member, to use as a vehicle to impose national health care.

In a phone interview with TAS Thursday afternoon, Ryan said that he expects Democrats to begin the complex process on Monday, under which they would have the Budget Committee approve a phantom bill by midnight, which they will then send over to the Rules Committee. At that point, the Rules Committee will strip out all of the language in the phantom bill, and insert the changes to the Senate bill that Democrats have negotiated.

“They don’t have the votes right now, but they’re creating the vehicle so that they can airdrop in whatever changes they want,” Ryan said. http://spectator.org/blog/2010/03/11/ryan-dems-ramming-shell-hc-bil

The Senate parliamentarian has delivered a blow to Democratic efforts to pass health care legislation by ruling that President Obama would have to sign the Senate health care bill into law before the Senate could modify it through reconciliation, according to a report by Roll Call, citing Republican sources.

While this wouldn’t make it impossible for Democrats to pass a health care bill, if the report is accurate, it would make the route to passage more difficult, because House members would have to take a leap of faith in voting for a Senate bill that they don’t like, based only on the assurances from the Senate that

The Senate Parlimentarian has ruled that the House Democrats cannot use a tactic they were first reported to be exploring last week by The Daily Caller — to hold the Senate health care bill in their chamber after passing it to force the Senate to work with them on reconciliation.

The House is highly suspicious that the Senate might never come back to the table and work to amend the original piece of legislation if the House passes it.

This is all according to a report in Roll Call, which is citing Republican sources. I’m linking to a Spectator piece because Roll Call’s website is not loading. Bad news for Dems http://dailycaller.com/2010/03/11/house-dems-cant-hold-health-care-bill-to-force-senate-work-on-reconciliation/

Update: Full Steam Ahead no matter what the score or if they have a score.

So what version was this??  So on to the 99th version for the CBO to score! A few years later for implementation, perfect! 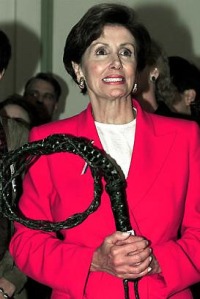 Makes the medicine go down. And I have some swamp land in florida for sale. Now all she has to do is round up the votes– you go girl– you just “whip” those Dems up!!

CBO has just released an estimate of the budgetary effects of the health bill, H.R. 3590, that passed the Senate on December 24.

Like the December 19 estimate, this estimate is based on CBO’s baseline projections from March 2009. We and the staff of the Joint Committee on Taxation (JCT) prepared this updated estimate in preparation for further consideration of health care legislation. However, the changes we have made do not result in an estimate that differs substantially from the earlier one. CBO and JCT now estimate that, on balance, the direct (mandatory) spending and revenue effects of enacting H.R. 3590 as passed by the Senate would yield a net reduction in federal deficits of $118 billion over the 2010–2019 period. (Direct spending—as distinguished from discretionary spending—is spending that stems from legislation other than appropriation acts.) In our earlier estimate, the budgetary impact was a net reduction in deficits of $132 billion. http://cboblog.cbo.gov/?p=488

Just who is in favor of Obamacare?

Something struck me. The number of those who “like” Obama, those who would “like” obamacare and those who do not pay income taxes. Seems to hover around the same number.

Could it be that the 47 percent who do not pay income taxes, might find Obamacare to be another perk that the taxpayers could pony up for them?

In 2009, roughly 47% of households, or 71 million, will not owe any federal income tax, according to estimates by the nonpartisan Tax Policy Center.

Experts say that to pay for all the things on the country’s growing tab, the money can’t just come from a shrunken pool of taxpayers.

40 square miles for Hawaii and Reparations too! 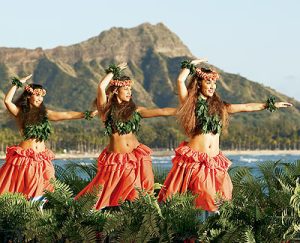 I have nothing against 48 species. I do have something against making part of Hawaii  a new country. All part of the deal:

The legislation had been expected to easily win the committees’ approval, but Hawaii’s governor and attorney general voiced objections late Tuesday to some of the changes that sponsors plan to propose. In light of the objections, Republican lawmakers have asked for a delay. Democrats, however, sensing they have the votes to prevail, are determined to proceed.

The legislation, known as the Akaka bill after its lead sponsor, Sen. Daniel Akaka, D-Hawaii, has a long history. The bill would provide a road map to gradually establish a Native Hawaiian government.http://www.cnsnews.com/news/article/58620

Once established, the Native Hawaiian government would negotiate with the state and the federal government over which assets it would own. Currently, the state administers 1.2 million acres of former monarchy land. Some of that land, which is quite valuable, could eventually revert to the new government

Back now to the Birds:

Hispanic Caucus: We want our “deal” in Healthcare Reform

It just doesn’t get better than this. Let the food fight begin. Then we got ole smiley– Turncoat Lindsey Graham heating up the room with Immigration Reform– ah so… now we know why this issue has come to the forefront– nice work. See you all in November.

A group of Hispanic lawmakers on Thursday will tell President Barack Obama that they may not vote for healthcare reform unless changes are made to the bill’s immigration provisions.

Immigration remains just as explosive an issue and carries the same potential to derail the entire healthcare endgame, a number of Democrats said.

“It’s still one of those issues that’s out there,” said Rep. Xavier Becerra (Calif.), the Democratic Caucus vice chairman and the only Hispanic member of House leadership.

The Senate language would prohibit illegal immigrants’ buying healthcare coverage from the proposed health exchanges. The House-passed bill isn’t as restrictive, but it does — like the Senate bill — bar illegal immigrants from receiving federal subsidies to buy health insurance.

Hispanic Democrats say they haven’t moved from their stance that they will not vote for a healthcare bill containing the Senate’s prohibitions.

They claim that while it may be politically popular in some parts of the country to ban illegal immigrants from using their own money to buy coverage, it is not good policy. Illegal immigrants will, one way or another, need medical attention in the United States, and it would be cheaper and more humane to provide them coverage if they pay for it. Otherwise, they will seek treatments in the nation’s emergency rooms, effectively increasing medical costs.http://thehill.com/homenews/house/86125-hispanic-caucus-threat-to-vote-no-on-healthcare Thanks so much Senator, for making this all clear.

No offshore drilling while Obama is in office

Hmmm, didn’t we hear just a little while ago we were going to do a bit of drilling? Of course, we need to stay dependent on the mid-east thugs.

“Secretary Salazar has finally confirmed what had long been feared – that the Obama Administration has no intention of opening up new areas for offshore drilling during his four-years in office,” said Rep. Doc Hastings, the ranking Republican on the House Natural Resources Committee.

The Obama administration’s six-month delay in approving new offshore drilling leases in federal waters will become a new three-year ban, Interior Secretary Ken Salazar quietly told reporters last Friday. Which means that no new oil and gas leases will be approved during President Obama’s term even though two –thirds of the American public supports such activity, according to a December 2009 Rasmussen poll.

Drilling was supposed to begin this July. But Salazar said he intends to discard the 2010-2015 lease plan developed by the Bush administration in favor of a new plan that won’t even go into effect until 2012.